.
Former US Ambassador to China
Max Baucus recently shared his thoughts
on Nancy Pelosi visit to Taiwan.
In his own words the former diplomat says
"...She should not have gone...!"
in today's video we break down the Nancy Pelosi visit
and what it means for future of US China Relations.


danger this world faces is that, US foreign policies and actions, particularly military actions
are the least discussed and debated topic before being implemented.
This is particularly dangerous for other nations
because of the US' military power and its eagerness of using such power.

China is currently at peace
and not at war with any country
last major conflict in 1979.

Whereas the United States is a warmonger
being involved in Gulf War, Iraq War, Afghan War, Libyan War, Syrian War, Yemen War, etc,
even in the 21st century. USA is bombing in those Middle Eastern countries
and enacting regime change by cutting off their "...heads..." (Saddam Hussein, Muammar Gaddafi, etc)
and then installing their own US puppet governments in place
If anything, it sounds like the United States is a threat to global peace and stability


The key here is for level headed Americans
to ensure that extremists politicians can never hijack the US government
and destroy their hard won relationship with China
that took decades to build.
If these extremists continue to hold sway in office
the end result would be catastrophic for both countries and the world

We have already predicted the dedollarization process will fast-forward
after Pelopsi's visit to Taiwan. The process once set into motion is irreversible
as seen in recent release of China's White Paper on Taiwan

High ranking officials will find its extremely difficult
to communicate or call on their counterparts in China.
The decoupling begins at the administration part of the bilateral relationship.
This will be very dangerous esp. coming to the military.
Today the Chinese Military will be less reluctant to fire on what they deemed as an intrusion.

The USAF and USN, be warned.
Your silly politicians have created this situation.
We do not know what benefits the U$ will have to gain from pretending to swing to Taiwan.
Sheer arrogance and stupidity is what we see.

NYSE should be sued as they listed Chinese companies without auditing

WILL CHINA MESS WITH US WARSHIPS HEADING FOR TAIWAN 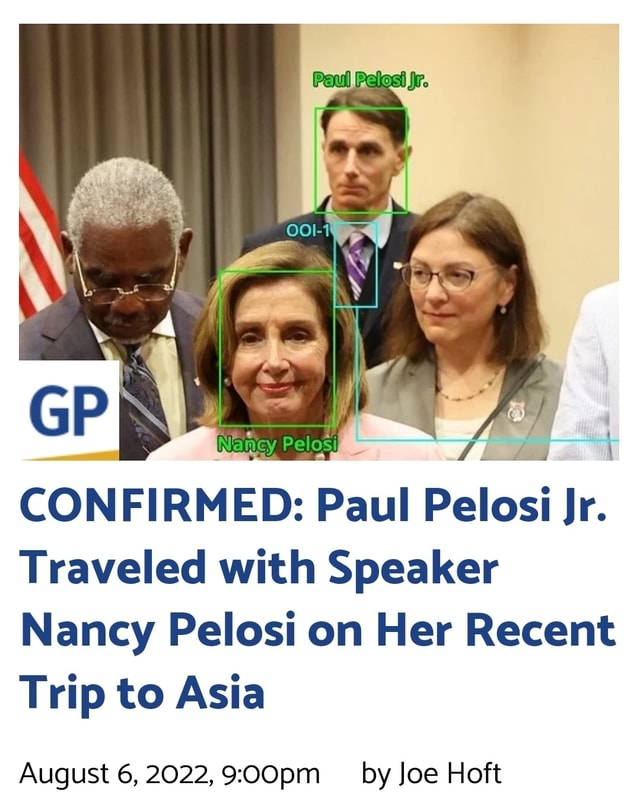 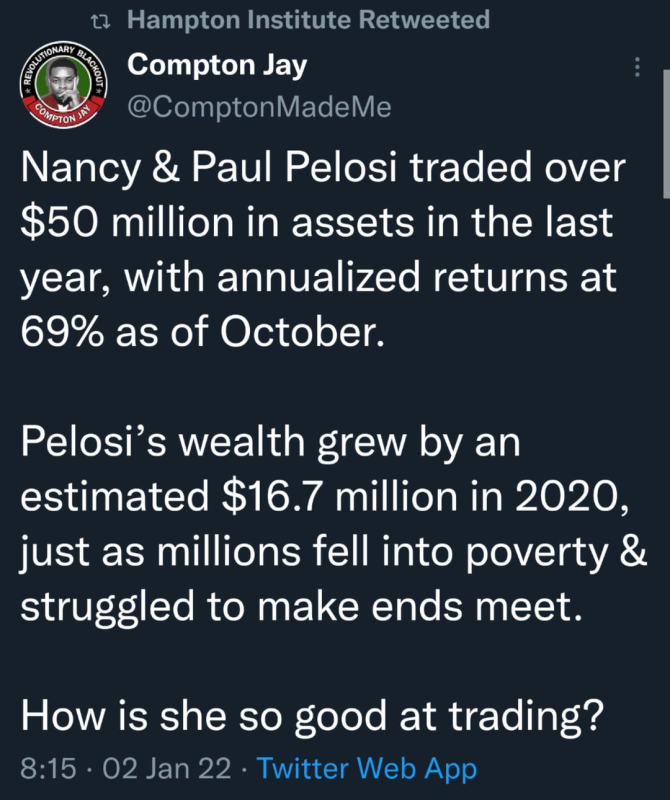 
US couldn't even win a war against a bunch of goat herders in Afghanistan
let alone winning a war against Russia . They're so delusional.
Russia since early 2000's were getting ready for this sort of thing because clash was inevitable.
Apparently people in house on the hill think it'll be quick victorious campaign.
Also don't forget about China and Belarus.
If a war does break out, Russia won't be using kid gloves. You can kiss London goodbye. They are not joking


US has used nuclear bombs before on Hiroshima, Nagasaki, south sea Islands
and US is itching to use it again


if China decides to unify TAIWAN, the EU won't do s*it.
EU is reliant on Russian Energy
and
Chinese Goods.
If the EU abandons both of these things at once
that will immediately kill off the Euro zone.
The stupidity and the arrogance of those who believed that
they can sanction the Russian economy with impunity, is really limitless!
After all what do you expect from '...a gas station...' but to crumble down!
Lol, guess what? The gas station fought back!

current political crisis might bring EU back in senses
to more to normal and sensible politics. Maybe.
After all friendship with Russia and whole BRICS+ alliance
is not that hard to achieve, just stop pushing military bases next to your neighbours borders
and play from your economical strong points

this economic crisis in EU was caused by being a loyal puppy of the US
and putting ideology and politics ahead of economic development.
US can't replace Russian energy at a comparable price

In the ongoing dispute over TAIWAN
between the United States and China
virtually every African nation has sided with China
snubbing the US
and seemingly indicating that future alliances with China
are more important than ongoing colonial, imperialist relationships with the United States.
Jimmy and Ethiopian-American journalist Hermela Aregawi discuss the reasons
behind this shift in allegiance across the African continent.
China just forgave a huge amount of loans. Great PR for them

They don't want a united Eurasia peacefully trading!!!
imagine if Eurasia was in peace
and actually working towards developing a better future for its citizens instead of for big corps

Victoria Nuland, former foreign policy adviser to vice president Dick Cheney
should not be nominated for Undersecretary of State
and if nominated should be rejected by the Senate.
Nuland played a key role in facilitating a coup in Ukraine that created a civil war costing 10,000 lives
and displacing over a million people. She played a key role in arming Ukraine as well.
She advocates radically increased military spending, NATO expansion, hostility toward Russia
and efforts to overthrow the Russian government.

The United States invested $5 billion in shaping Ukrainian politics
including overthrowing a democratically elected president who had refused to join NATO.

Then-Assistant Secretary of State Nuland is on video
talking about the U.S. investment
and on audiotape planning to install Ukraine’s next leader, Arseniy Yatsenyuk, who was subsequently installed.

The Maidan protests, at which Nuland handed out cookies to protesters
were violently escalated by neo-Nazis and by snipers who opened fire on police.
When Poland, Germany, and France negotiated a deal for the Maidan demands
and an early election, neo-Nazis instead attacked the government and took over.
The U.S. State Department immediately recognized the coup government
and Arseniy Yatsenyuk was installed as Prime Minister.

Nuland has worked with the openly pro-Nazi Svoboda Party in Ukraine.
She was long a leading proponent of arming Ukraine.
She was also an advocate for removing from office the prosecutor general of Ukraine
whom then-Vice President Joe Biden pushed the president to remove.

Nuland wrote this past year that
“...The challenge for the United States in 2021 will be to lead the democracies of the world
in crafting a more effective approach to Russia
one that builds on their strengths and puts stress on Putin where he is vulnerable
including among his own citizens.
Moscow should also see that Washington and its allies are taking concrete steps
to shore up their security and raise the cost of Russian confrontation and militarization.
That includes maintaining robust defense budgets, continuing to modernize
U.S. and allied nuclear weapons systems, and deploying new conventional missiles
and missile defenses, establish permanent bases along NATO’s eastern border
and increase the pace and visibility of joint training exercises...”

But to read Victoria Nuland’s account
Russia is simply an irrationally evil and aggressive force
that must be countered by yet more military spending, bases, and hostility.
Some U.S. military officials say this demonizing of Russia is all about weapons profits
and bureaucratic power, no more fact-based than the Steele Dossier
that was given to the FBI by Victoria Nuland

Taiwan can see that the US doesn’t have the will to oppose China
and needs another strong partner to avoid being overwhelmed.
Taiwan is obviously wary of the motivation behind the intense renewed interest from USA,
and maybe does not want to become too embroiled with USA influence.
Maybe USA is looking to place a military base on Taiwan as it has done with many other countries
but as we know they would never leave. There is often some ulterior motive with USA friendliness
which is used as leverage against others. It is good that Taiwan is exerting its independence
in who it buys commodities from. Maybe they are safer protected by China ?
Taiwan is being used as a wedge to drive between China and Russia .
Taiwan should be building a political bridge to China and Russia
and enjoy the BRICS + world of world market evolution .
It is not the biggest , fastest smartest or strongest that survives but the one most willing to adapt


We've all seen what kind of partner Sleepy Biden is.
America seems to be having a lot of trouble isolating Russia
Sleepy Biden: where we going, where must i walk, why are we here, where is Taiwan.
The old man's brain ain't working anymore.

The (USA) United States calls it "...Liberation..." instead of "...Invasion..."
That was what US call it in Iraq, Afghanistan, Libya, Syria, Yemen, Somalia
and the list goes on.
Why the double standard? Confused.

Instances of the United States "...liberated..."
or overthrowing, or attempting to overthrow, a foreign government
since the Second World War.
(* indicates successful ouster of a government) China seems very committed to maintaining peace
and regular diplomatic relations with all countries it deals with
even the pigheaded US.
For the sake of humanity, its a good thing, but at the same time
they are growing closer to Russia economically, politically and militarily.
That's not a happy accident, they see the writing on the wall.
A clash of Russia, China, Iran, etc. vs. the USA and NATO is on the horizon.

I think if they could, China would try to mind its own business
and do trade all around the world, but unfortunately that isn't the reality we live in.
They know that the US and its allies have it in for them
as well as Russia
and they're gradually coming to the understanding that the US and its cronies
have absolutely no interest in coexisting with China as a peaceful competitor.
There's no deal, treaty or arrangement that the US finds acceptable in today's world
other than the complete destruction and subjugation of China, Russia, Iran etc.
and the leaders of these countries are finally starting to understand that.
They have to stick together and if need be, fight for their own right to exist and go their own way

Korea needs the Arctic shipping lane also.
Korea, Japan, Taiwan and China will all become partners (ironic)
because of that shipping route.
America needs to understand this and stop trying to create conflict.
Stop weaponizing the dollar.
Stop punishing emerging nations with plans that bankrupt them

Depleted Uranium Munitions are made of spent fuel Rods from nuclear reactors
- massive birth defects from them in Iraq. 1991 and 2003
it is very possible that they were used in Yugoslavia

US complaining it cant produce enough weapons.
If we want top quality
we should outsource the task to China