YES! Much more humorous than the Pluto one! Oh and Blaze that is the prettiest pic of Uranus I have encountered so far! lol~

Aquarius is ruled by the planet with the funniest name in the universe, and Capricorns are co-ruled by it, but they don't find the joke amusing...while Aquarians are ROFLtheirAO. (Uranus is green, should be lopsided).

Mercury is another planet associated with comical humor: ruler of Gemini and Virgo. Pluto which rules Scorpio and co-rules Aries likes dark humor. And the Sun's influence in Leo and maybe Cancer makes them most likely to be standup comedians. Happy Jupiter rules Sagittarius and Pisces, and you can be quite hilarious when your jovial Jupiter is showing or shines.

Aquarius with liberal and libertarian political views would find SNL, Family Guy, South Park and live-action comedies like Blackish to tickle their minds and funny-bones. The Simpsons and two other adult humor toons I mentioned began when Uranus was in Capricorn and Aquarius in the 90s. IMO, MAD TV in the late 1990s/early 2000s was funnier than SNL.

And the last liner: Venus (rhymes with a male sex organ) rules Taurus and Libra, the planet of vanity have their own style of slapstick, good-times humor. Each sign has their own standards of humor, but be warned Aquarius: you have to keep it clean.
Last edited: Feb 22, 2015 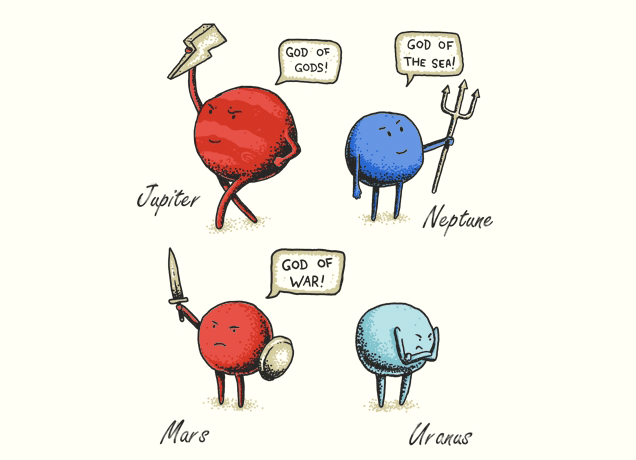 Being that he preceded all of them; and ushered in there creation in Mythology

astralrabbit said:
Being that he preceded all of them; and ushered in there creation in Mythology

Uranus God of the sky aka "heavens"?
A

Love2Know said:
Uranus God of the sky aka "heavens"?
Click to expand...

He was the father of Kronos, aka., Saturn~

How do you pronounce it ? Ouranos?

Bunraku said:
How do you pronounce it ? Ouranos?
Click to expand...

that's a matter of opinion 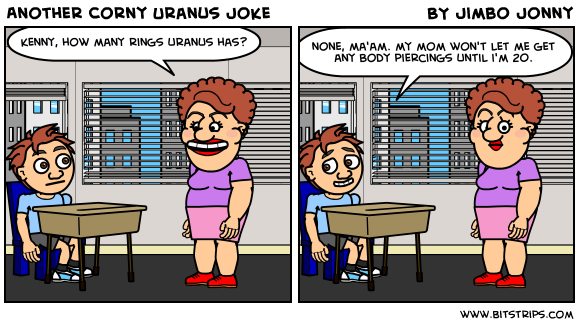 Bunraku said:
How do you pronounce it ? Ouranos?
Click to expand...

"oooh-rah-nos"
He laid upon Gaia every night creating the children that he deemed ideologically unfit. It is an interesting myth with far greater philosophical implications. 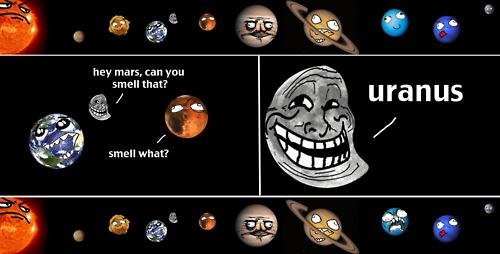