The Sabian Symbols, presented by D. Rudhyar is online again.

If this link should stop working, mindfire may have pulled it offline again... they seem to do so periodically for some reason I can't figure out?.. If so, then google the words, mindfire, Sabian, Symbols, and google will provide you with the new link if mindfire has put it back online... as the previous link never works after they have pulled it.

The entire book, "An Astrological Mandala" can be read there except that they have nothing for chapter two of part three...which is about binary relationships between the Signs, but it's rather very advanced stuff and most would find it of little use and probably boring too. I do recommend reading as much of the book as you possibly can as to parts one and three, part two is all 360 of the Sabian Symbols and can be read as needed if you prefer?

The reason being for my recommendation is that I find that most people never do read the other parts of Dane's book and to fully appreciate what Dane has done, and why you should stick with Dane's presentation and analysis of the Sabian Symbols, you need to read all of the book.
He does give explanation as to why He and Marc Edmond Jones don't agree on how some of the symbols should be interpreted.

While it was Marc that first procured them and presented them, when Dane studied them He saw them for what they truly are, a process of transformation, which Marc did not recognize... and Dane did also spot which ones Marc had changed... as for what Marc changed them to didn't fit in.

i was reading through some older threads and noticed that member PhoenixVenus had posted a link to mindfire's web page with the Sabian Symbols, that was posted in 2017... and it still works.

So sometime between 2014 or 15 and 2017 mindfire did return their web page which I was unaware of. As for I thought that PhoenixVenus' link was one and the same as the old one at the time, I suppose. I didn't post in the thread I'm referring to, but I did read it in 20017 and gave thanks to PV for her posts.

I have a couple of files, different sources, that have all the Sabian Symbols listed, as presented and interpreted by Dane Rudhyar so I never have had a need to use mindfire for that sort of thing.

I do want to add that one of those files I mentioned was sent to me by PhoenixVenus back around 2013, maybe early 2014, and a number of the Sabian Symbols had the text altered so as to make Rudhyar's interpretations "gender neutral", which i only discovered about a year and a half ago. I had to extensively go through the entire file and cross check them with the tattered copy I still have of Dane's book to determine which and how many. Fortunately they were limited to the second half of the Sagittarian degrees, but unfortunately the correction process was also a bit of a "bear", as the saying goes.

I suspect that she got them from mindfire and that being the reason mindfire took the page offline. ..and also whoever re-wrote those Symbols left out some of the text for a couple, or more, of the Symbols. ...not to mention that the ''gender neutralizing" sometimes didn't convey the same thing as was intended.

I'm still concerned as to if any of those so altered I had used in any post of mine in the forum. I'm not about to try to go through all the posts I've ever made, but if and when I run across any, I'll have it rectified.
...and thus, be so advised that there may be one you might read, or have read, in those latter degrees of Sag. if you happen to come across any, or have already?

Thanks for your interest, and any support is most welcome, indeed.
ptv

Apologies to interrupt this fine thread but do you know of a sabian symbol that describes a white dress, a crowd staring and some sort of animal, a bull I think?

passiflora said:
Are you thinking of Lonsdale’s symbol for Aqua 21? The crescent is also described as horns

That’s a very nice one and very close but it’s not the one I was looking for unfortunately. I’ve found a Dane Rudyhar one that was about a bull attracting a crowd, but I’m sure there was another one that mentioned a white dress, unless I’ve gotten mixed up. I’ll need to have a good read through them.

There's no mentin of a bull in any of the 360 Sabian Symbols. At least not in any that are the set that Dane Rudhyar presented in his published works. Dane, however, did change the imagery in a few. But that is very few iin number, and Marc Edmond Jones did give Dane both his permission to do so and his blessing. Dane was far more studied in the subject of symbolism than Marc was, so much more that He not only recognized that the 360 symbols represent a system, a process f transformation, which Marc had failed to do though He had possession of the entire set for at least six, maybe seven, or even more years before he ever introduced Dane to them, Dane also recognized the symbols that Marc had altered, or outright changed, as for they didn't "fit in"

Animals are seldom mentioned in the Sabian Symbols and other than a seal mentioned in Aries 01°, one mention of a mermaid, an orangutang, a lion tamer but didn't mention any lions, a bareback rider in a circus performing, but didn't mention what she was riding on, one symbol has a jockey on a horse intent on winning a race, and one symbol that mentions shellfish....[late edit. How could I forget the camel described in the 25th degree for Leo? It's my mid haven...!?!. I must be slipping.] The only other animals that are ever mentioned are birds, and birds are mentioned a lot. The reason being that in symbology birds always represent the "spiritual" in some way.

There's a few that have eagles, a couple that have a dove, a couple that have a pigeon, there's bluebirds, mockingbirds, a parrot, a peacock, game birds, wild ducks, chickens, hawks, and an aviary full of all kinds of birds. I think that He does also mention the exalted and esteemed magpie, not in the description of the symbol but rather the explanation he gives as to how He interpreted the particular symbol and why.... oh, and there are a couple that have butterflies. A butterfly represents the Human Soul, and I've heard that those that are able to see a human soul have described it as appearing to look like a butterfly.
No Bulls though.

As for white dresses, or even just the colour white alone, other than one symbol picturing a middle age woman in "youthful garment" in the Sign of Capricorn, and a bride wearing a wedding veil in another in the Sign Libra, I compiled the following short list for you.

would you mind citing the Sign, and the number of the degree, in which Rudhyar presents "a bull attracting a crowd"?

I must have missed that one.
Unless "Dane Rudyhar" is not a misspelling, a typo, and is in fact whom it is that you are referring to, then that would explain it.

piercethevale said:
would you mind citing the Sign, and the number of the degree, in which Rudhyar presents "a bull attracting a crowd"?

I must have missed that one.
Unless "Dane Rudyhar" is not a misspelling, a typo, and is in fact whom it is that you are referring to, then that would explain it.
Click to expand...

If I knew the number and degree I would not need to ask for help in finding it. I will have a read through and see if I can find it though.

Ukpoohbear said:
If I knew the number and degree I would not need to ask for help in finding it. I will have a read through and see if I can find it though.
Click to expand...

I read every last one of them, for the "umpteenth time", before I posted in answer to your question. So, you can save yourself the trouble as it's not there.
But this response of mine surely has come too late and by now you've probably realized your mistake. But, if you should by chance find that the imagery, you are remembering, is in fact from some other set of degree symbols I would very much appreciate it if you would share it?

It's a good exercise to review all the symbols every so often, thus it was certainly not a waste of my time. 360 symbols is a lot to remember even after the nearly 38 years, now, that I've been studying them.

...and t am always happy to know that another astrologer has developed an interest in the Sabian Symbols, and very much so when another astrologer becomes convinced of their veracity and usefulness.
Have faith in them, you will not be disappointed...

Well yes i definitely remember coming across a Sabian symbol involving a white dress attracting a crowd but there is a chance I have gotten mixed up, unless it was another author of Sabian symbols.

My reason for asking is because when I read it, or thought I did, it resonated with a degree in Marilyn Monroe’s chart, who is famous for attracting a crowd while wearing a white dress.

Here is an excerpt from my Marilyn Monroe thread of another Sabian symbol I have already done for her chart, and connected to another conscious image of hers, which is one of the most famous photos of the 21st century —

And, if you are at all familiar with MM and could connect your knowledge of your sabian symbols with her, feel free to post on my thread: https://www.astrologyweekly.com/forum/showthread.php?t=134016

KEYNOTE: The answer of spiritual agencies to thorough, sustained and victorious individual efforts.

This concludes most significantly this series of five symbols. The individual who has gone courageously and with indomitable spirit through his crucial crisis receives, as it were, a deep spiritual blessing from the Soul-realm: "Mission accomplished. Peace be with you." And in this blessing a secret prophecy of what is yet to come may be seen by the perspicacious and spiritually sensitive mind of the recipient. Every real spiritual step a man takes in his development is the result of a victory over forces of inertia or destruction. The Divine is totally "present" in the heart of all true victories.
This is the fifth and last symbol of the sixty-fourth series. What the "message" is depends on the particular situation, but the white dove always signifies peace; at the very heart of this peace is the CERTIFICATION of individual worth and victory. 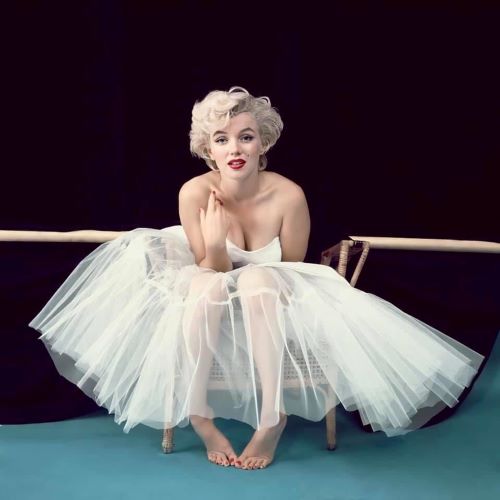