The middle of a 2nd presidential term of Joe Biden...or the 1st of Kamala Harris...any astrological forecast indicate who's the president 4 years from now in America's 250th birthday.

CapAquaPis said:
Progressed Mercury in retrograde represents a depressing period of a person's life, though the second half has an improvement in their standard of living and their emotional health. For example, anyone born on Dec 1970-Jan 1971 (50 or 51 year olds) had a Mercury retrograde period start in the first year of birth to ended in 1989 when they reached adult age (18 in my state CA and the USA).
Click to expand...

And looking at last year (LOL, last month to be exact) is Mercury is in Capricorn, in the 1-10 max 15 degrees range.

From research on anyone born under the aspect of the smallest planet in the 10th sign or the paragraph is for horary forecasting purposes.

Because Mercury appears to be moving backward in the sky (in Capricorn), things associated with Mercury -- conversations, negotiations, capital, technology, travel and business-- tend to go haywire. A retrograde in Capricorn is a great time to look back on your professional life and assess where changes are needed.

And in 2022, esp this month, Mercury RX is creating a ton load of global and personal problems already in the new year when we left 2 awful years in the 20-20s appeared to look cursed .

This "cross" is clearly a form of numerology and is esoteric. Could there be also validity in astrology to have an esoteric nature: the 12 signs of the astrological zodiac, adding the 5 parazodiacs: Orion, Draco, Ophiuchus, Aquila and Cetus. The "Q" in a natal star chart is the 6th house but the line is in the middle of it, the 5th (Leo's house ruled by the Sun though not a planet but our closest star) is said to represented families, pregnancy and births of babies or children. And the 153th degree (4' Virgo) is the theoretical birth of our planet Earth (August 28-29th). The 153' degree of the house system the 6th (Virgo's house ruled by Mercury) should have a similar effect. What if someone has a 4' Virgo in the 153' degree of their natal chart house system? Thema Mundi is the "earth's natal chart" that determined all the signs' ruler planets like the Sun was in 15' Leo note Mercury tends to be always within 30' of the sun, Mercury rules Gemini as well and Venus is always within 60' of the sun and Venus rules Libra (1'? halfway the astrological zodiac year which starts at 0' Aries). The Roman letter Q is 17 or 1+7=8 (the planet Uranus' number). 9 and 33, 1+5+3=9, 3+3+3=9, 333-999=666, all those numbers and the prime number cross from 0 to 165+15.3=180, halfway the 360 degree circle plus 5 days or every 4 years is leap year= 366 based on 365.25 days of the earth's year as it orbits around the Sun. 9 is the planet Neptune's number, but the ancients didn't know of Uranus, Neptune and Pluto.
Last edited: Mar 15, 2022

https://darkstarastrology.com/pisces-decan-2/ (The March 1-10th babies) can be similar to late March birthday people (20-31st) because they can be sidereal Pisces (starting in Mar 11th) while the tropical Aries month starts 10 days later.

The Zodiacs or the 12-member band each have their own unique beat:
https://www.quora.com/What-would-the-sound-of-each-zodiac-sign-be

What in the world is Mercury up to?
L

Can a horary question be what are her intentions! It’s a work question ….

The "Super" Full Moon conjunct Jupiter and Saturn this year this weekend (I will take extra caution when it's in my natal moon and sun sign, both in my 8th house).

Part of Fortune or Part of Moon is best described to determine a person's fortune, a fate of what the person may have in store in their lives.

https://astrolibrary.org/interpretations/category/part-of-fortune-signs/ (My POF in Cancer, and Juno is in my 12th in 11' Cancer conjunct POF).

https://astrolibrary.org/interpretations/category/part-of-fortune-houses/ (My POF in 12th in 14' Cancer conjunct my rising point/AC in 17' 33").

And a POF conjunct ASC is linked to a higher expression of emotion, a great sense of spirituality and intuition, and too many projects one can't solve.

I wonder what it means if you have POF conjunct Vertex conjunct the NN. 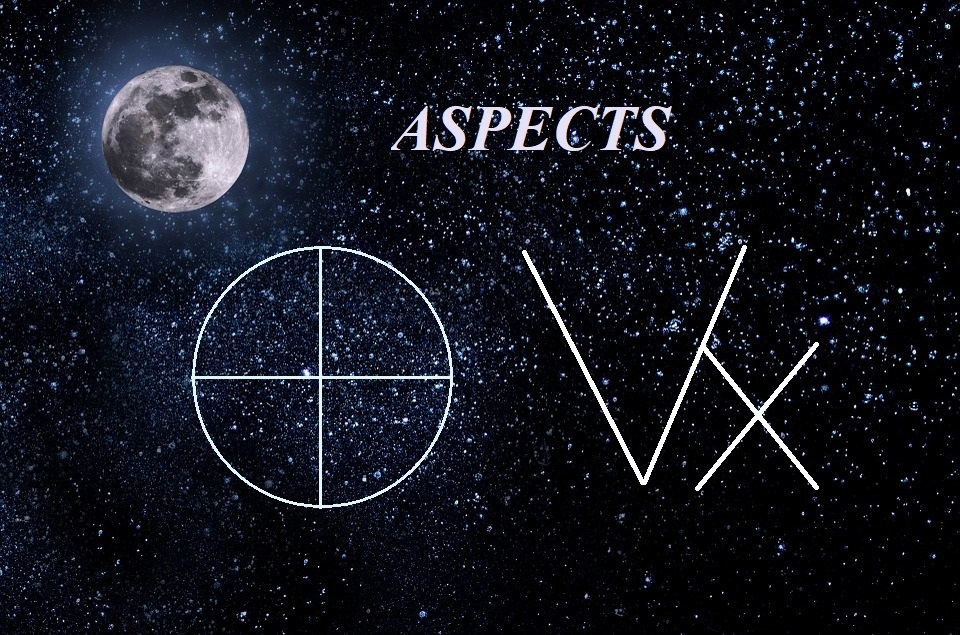 In 2025, there is going to be a lot of planets conjunct in Pisces (Venus, Saturn, NN and Mercury) and Neptune will be at 0 Aries.

Pretty apprehensive about this.

by KRS-one.
Marriage/spouse meeting in vedic and queer-friendly astrology.

(traditionally, Jupiter is the husband and Venus is the wife). - Why isn't the asteroid Juno on the charts as the wife, not Jupiter? Alyssa sharpe Trahan wants to reform the way marriage in astrology is predicted. The Aquarian age has changed gender roles and reinforced age-old sexual orientations and gender identities that had liberation in the last half a century here in the USA.

Beware...of the transit of Saturn conjunct your sun, late decan Aquarians, the first 3 months of 2023 can be, may be and will be problematic depending on your natal charts (Merry Christmas and Happy New Year).

CapAquaPis said:
The middle of a 2nd presidential term of Joe Biden...or the 1st of Kamala Harris...any astrological forecast indicate who's the president 4 years from now in America's 250th birthday.
Click to expand...

And here's president Joe Biden's chart for anyone wanting to know more about his astrological data: the late Scorpio sun conjunct ASC in the 12th and his Aries cusp Taurus moon in the 5th or 6th.

2023 is the 3rd Uranus return to the world since the planet's discovery in 1781 with it's 84-year orbital cycle had a larger effect on the USA: 1781- American revolution war since 1776 ends, 1865 - Civil war since 1861 ends, and 1949 - Cold war begins to end by 1991. Are we gonna have WW3? Looks like the world gets involved either for or against America, esp when it comes to the Ukraine war that started last Feb by their Russian adversary.

Anyone with an Uranus ascendant or rising can be an Aquarius rising, while anyone with a Cancer rising or ascendant is a Moon rising, the sign which rises in ones natal chart is its ruling planet's ascendant, and there will be persons to have both the Moon and Uranus rise: "Aquarius/an Cancer/ians risen".

Ukpoohbear said:
In 2025, there is going to be a lot of planets conjunct in Pisces (Venus, Saturn, NN and Mercury) and Neptune will be at 0 Aries.

April Fools day 2025, Neptune is exactly at 0' Aries or cusp its ruler sign of Pisces...what could come out of such a powerful conjunction or stellium?

On my birthday Feb 15th which is 42 days from now, Venus and Neptune will be in ascension or closely conjunct...at 24' Pisces (the sun is in 25' Aquarius). 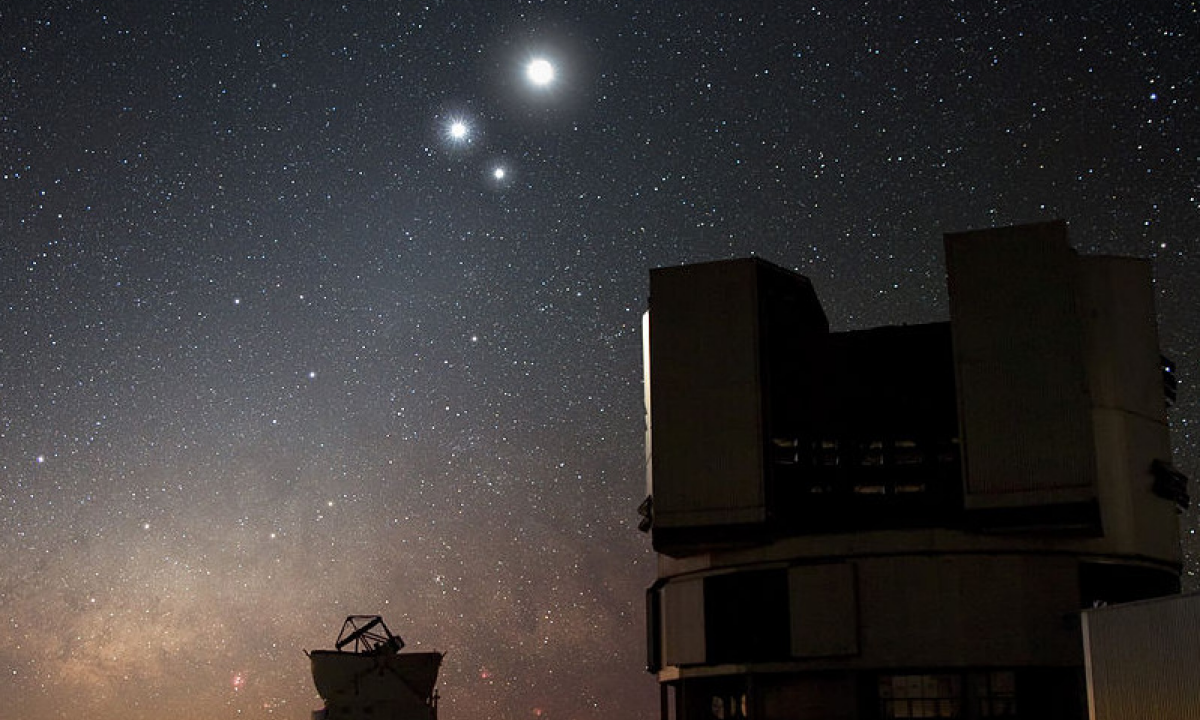 Conjunction of Venus and Neptune