Sky News host James Morrow says
a tweet published by Attorney General of Pennsylvania Josh Shapiro
days before the election
which said Trump would lose the votes in the state
was an “assault on Democracy”.
Mr Shapiro tweeted on Tuesday (local time),
....“if all the votes are added up in PA, Trump is going to lose.
That’s why he’s working overtime to subtract
as many votes as possible from this process.
For the record, he’s 0-6 against us in court.
We’ve protected voting rights.
Now, ignore the noise – vote!...”


Mr Morrow said the tweet was a
“....far worse assault on Democracy...”
than a recent comment from Donald Trump
that has come under fire
for supposedly posing a threat to the democratic process.


US President Donald Trump, at 3am on Wednesday (local time),
declared there was a major fraud taking place
as votes were allegedly being mailed in even after the day of election.
“....We'll be going to the US Supreme Court.
We want all voting to stop.
We don't want them to find any ballots at 4:00 in the morning
and add them to the list....” President Trump said.

Mr Morrow said, “....what Trump said there was,
we’re going to use the legitimate outlet like the Supreme Court
to adjudicate this....
Which is not exactly, in my book, the role of a fascist dictate....”

Pennsylvania Attorney General's tweet was 'an assault on Democracy'
https://www.youtube.com/watch?v=tCaJiY9P5Jw


Yep, of course the polls were wrong, they are part of the fake news media & tried to discourage Republicans from going out to vote by pretending that corrupt Biden was up 8 to 17 points....when in fact, it was President Trump who was UP....anyone could see that from the thousands who showed up at his rallies. People held rallies even when he wasn't there, hundreds of people gathering with Trump ffags.

The ONLY reason fake news media haven't called it officially yet is because they want to deny President Trump a Victory Party which he couldn't hold last night because the refuse to call key states that Trump has won & has the required 279 Electoral College Votes.

Good thing the voters were warned by President Trump that this is exactly why sleepy, creepy, corrupt Biden won't concede. Biden has lost the election but the Dems refuse to acknowledge it, they are evil, devious swamp creatures but they cannot stop the Trump Train from declaring Victory.

Thank you President Trump for four more years of MAGA!

Cary2 said:
The transiting chart shows a T-square with the Jupiter/Saturn/Pluto stellium at the apex. Mars and Mercury opposed.

This is Big Crime. Key states stopped counting because it was obvious Trump was winning. There is no reason to stop counting. They are buying time to cheat, to manufacture fake votes.

Veritas exposed voter fraud in Texas days ago. The Dems were cheating.

There are some who say the Dems cheated in Arizona.

It will take an outcry from Republicans to stop this. This is more fakeness heaped on the pile. The Dems at the state level are using their power to corrupt the election because Trump won.

Biden and these others need to go to jail.
Click to expand...


BREAKING: Judicial Watch announced that
a federal court hearing will be held today 4 November 2020
by teleconference
regarding the FBI’s delay in producing emails and text messages

sent and received by former Acting Director of the FBI Andrew McCabe
https://www.judicialwatch.org/press...&utm_medium=social&utm_campaign=press_release 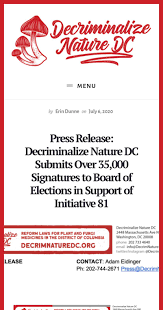 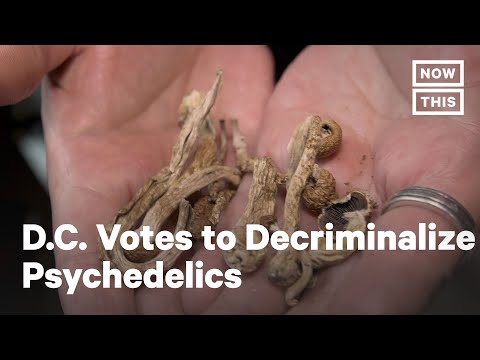 "....They Never Questioned Obama/Biden Directly about Targeting of Trump!....."
https://www.youtube.com/watch?v=XJEyGcB9Ka4

* * "....They Never Questioned Obama/Biden Directly about Targeting of Trump!...
Click to expand...

AND, tRump nor his adult kids were equally not questioned or called into the Grand Jury to answer questions either for their probable crimes.

My Republican GF said her political party is predominant in business (she once owned her a computer business in Northern VA in the 1980s-2000s) and know how to run a business effectively unlike Democrats.

Well, I know what Democrats are very good at: science. We really cared about COVID-19 in the beginning, global climate change and a wider understanding of nature all around us.

I can't be a business owner then, I can still be a scientist. My GF is excellent in computers, internet and software though. And she isn't a social conservative to begin with, nor she follows politics closely and she hadn't voted after she moved to CA without registration, I believe she realizes Trump is a poor choice.

The Dems are Trying to STEAL the Election

But They Will FAIL!!!

Most Americans agree with Justice Barrett that the Supreme Court
should apply the law as it is written
and leave the legislating to the people’s elected representatives.
Amy Coney Barret's Confirmation is a Great Win for the U.S. Constitution!
https://www.youtube.com/watch?v=RV_20MJfop0

And then it will be decided by the new House of Representatives, each state having just 1 vote.

That would put the final result as 270 (Biden) + 268 (Trump), using the assumptions from previous election map (except for Nebraska).

That would put the final result as 270 (Biden) + 268 (Trump), using the assumptions from previous election map (except for Nebraska).
Click to expand...

The problem as I see it, is not that Biden will not win, but that he will win and be stuck with a Senate majority run by Mitch McConnell and the "old gang" Kevin McCarthy, (or did he move into the Oval Office w/ trump?) can't recall with all these playing revolving chairs and doors administration.


Reminds me of the kids game, find a chair when the music stops.

The Senate won't do spit for progress (key word progressives) which I see as problematic, so perhaps Biden will simply have to be saying "good enough" every day for 4 years.

WHY in the world would THIS Senate want to help Americans get health care when they only care about themselves and profits for their rich friends in the Medical industries. They won't!


So now we have another Obama dilemma without a working Senate. I don't see a crying emoticon, so I'll just end with this youtube song an old favorite since its how I feel now

astro_novice said:
My gosh, it seems that there will be an exact TIE, 269 vs 269 for electoral votes.

And then it will be decided by the new House of Representatives, each state having just 1 vote.
Click to expand...

The Dems are Trying to STEAL the Election

But They Will FAIL!!!