The US hilariously backs down
Total capitulation
Kirby reiterated the US’ commitment to the One China Policy. Crisis averted, thankfully
This situation has nothing to do with Taiwan independence.
The US had formally agreed to the One China Policy
but have '...just...' changed their minds.
Sending billions of dollars of arms to Taiwan over successive presidents
confirms the US's aggressive agenda. This is about the US control of the Western Pacific
and cutting China off from the region and the rest of the world.
Making the Pacific into a war zone
would achieve that aim and ensure the US's global economic hegemony.
The US has admitted as much.
If people feel that the economic situation in the US and Europe is bad
it's about to get much worse. Truss is mouthing the usual nonsense
but when the UK economy goes over a cliff there will be serious disorder.
U.S. was never the shining city on the hill.
That said, we started to go seriously off track with the massive bombings of civilians in WW2.
The Soviets kept the U.S. more or less contained until 1991.
Since 1991, there has been Yugoslavia, Afghanistan, Iraq, Libya, Syria, and now Ukraine.
We've become what we fought against during WW2, a fascist empire.
We're running a nearly worldwide police state
with only a few "...rogue..." nations along with the Southern Hemisphere opposing us or staying neutral.

Nancy's husband is in court for his drunk driving charge during this same time
Isn't that a coincidence?


She went there to make more money. She went there to make sure that her business deals
aka money laundering
are all good and working properly.
Nancy’s visit is because Paul needed more insider trading tips
Using taxpayer money to travel there, and ensure her husband's computer chip stock purchase
bring them in more money. She is the EXACT example of
THE CROOKEDEST POLITICIAN getting over on the public
appalling that speaker just made $300,000 in the last month
off of her $3.3 million insider trade move in the chip companies, when
the average American doesn’t even have $300,000 saved?

.
But what about the 10% for the big guy.
Corruption? Zelensky? Biden wouldn't have it any other way
clown team vs 1 comedian, None is funny
Watch out for bullets that can go around corners
Zelensky should ask afghanistan for more guns
joining nato is no longer a reason to liberate ukraine
its has now become Russia definitively important humantarian operation
to shrink ukraine territories, change regime and liberate the people.

While campaigning for President
Joe Biden promised to stop selling arms to Saudi Arabia
and that he would make the Middle Eastern kingdom a “...pariah...”
after the murder of Jamal Khashoggi.

Fast forward two years as the U.S. is experiencing ballooning gas prices
and all that rhetoric goes out the window
as evinced by Biden’s recent travel to Saudi Arabia to beg Mohammed bin Salman to release more oil

and the subsequent announcement that the U.S. will be selling the kingdom
more than $3 billion worth of Patriot missiles.
Jimmy and America’s comedian Kurt Metzger discuss this latest “...humiliation...” suffered by the Biden administration.


Remember when President Trump had us oil independent cheap gas

Biden says what he's told to say and collects his bowl of ice cream
Two years ago, oil prices were at record lows
and OPEC fought with Russia over lowering production.
Now, record highs and under production. What a coincidence
.

Colorado Democratic Senator Michael Bennet campaigned against
and has taken a strong stand against, elected officials using their inside knowledge
of upcoming legislation to buy and sell stocks.

Yet in a recent “...oops...” moment, Bennet expressed hope about a bill’s prospects
but added that he wasn’t so sure of its passage that he was buying or selling stocks accordingly.

To many observers this sounded a lot like an admission of guilt, despite the Senator’s later denials.
Bennet’s “...gaffe...” and whether he was just speaking figuratively
or he is as corrupt as others in Congress who have made millions from insider trading.


.In a decently run universe, this would be on ever major paper and news channel

humiliating to watch US disgraceful withdrawal from Afghanistan
leaving billions of dollars of military equipment
and US citizens and some allies stranded there.

Wham! Suddenly overnight we're in a proxy war with Russia over in the Ukraine.

We don't like this. We just left the Middle East!

Some thought - just wait until the midterms
- that would restrict the dangerous behavior of the Democrats in Congress
and in the White House and in the Senate.
BUT nothing has been done, since 2020 election to make sure that our elections are safe from fraud.
There's a very good chance that massive fraud will happen again.
And, the millions flooding across our southern border Biden wants to give Social Security numbers to
so that they can vote. They will vote for the party of big handouts - Democrats!
Does this make us think that elections are what they should be here in the United States?
We realize what's happening.
If we can't fix things by elections then our only alternative is civil war.
Suddenly, we're on the verge of war with China too!
Not just Russia, but China too!
Many believe that we are so close to civil war here in the United States
that the Democrats are trying to get us in a war with both Russia and China.
They think that will stir up massive amounts of patriotic fervor and unify us as a nation.
They are as mistaken as they can be

Zelenski should’ve appealed to Putin, no one else. Putin can help

They have good reason to object
because this stirring is a typical American tactic, each time upping the game a bit


Western sanctions and proxy war on Syria
and the invasion of Iraq
which made those 2 countries suffer terribly, no electricity for more than 10 years.
Germany and the EU supporting Ukraine and ignoring the fact that
the Donbas has been under fire for eight long years.
You reap what you sow.
Guess what? karma is real!
Russia is humble, respectful and diplomatic.
The US EU/EEUU leaders, on the contrary
are belligerent, arrogant, narcissistic, prideful, warmongers, liars, hypocrites and treacherous

Those western sanctions against Russia are working so well.


It is not about soverignity, China and Russia, as well as other developed asian countries
must come together to offer a better global economic model
against the current western led Elitist Core-Periphery market driven growth paradigm,
while neither the global economy nor humanity sustainably improve.
A mindset change is inevitable to win in the ideological war

The US’s huge appropriation bill for green energy
will be a total waste of billions if China cuts supply of solar panels, batteries
material needed to make batteries, rare earth magnets required for wind power turbines
and efficient electric motors. The US path away from hydrocarbon energy will freeze


US President Joe Biden has displayed “...puzzling...” behaviour in recent weeks
including a battle with the mute button on a public Zoom call
and “...mangling...” his words during a press conference,
Mr Biden also bizarrely opted to give reporters a hand gesture
instead of answering questions as he headed out of Washington for his vacation house 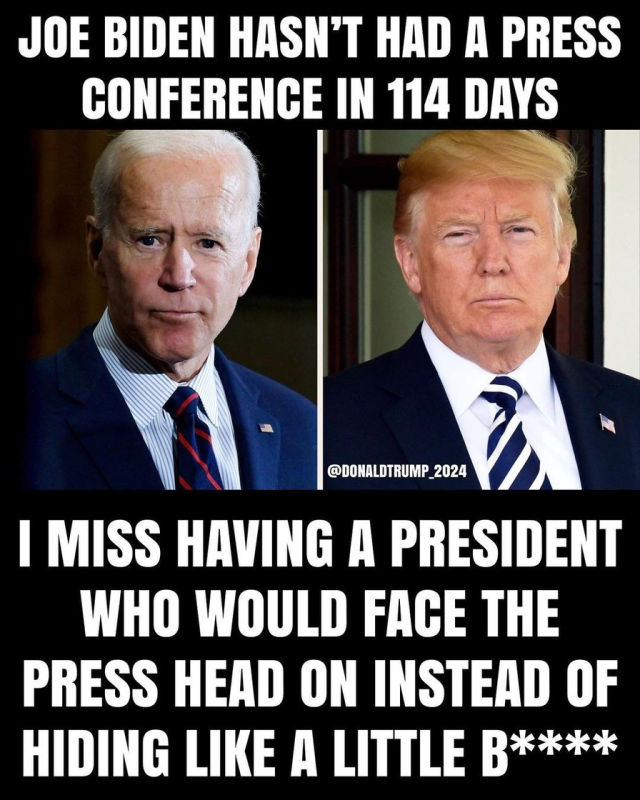 FBI agents descended on Trump’s Mar-a-Lago home Monday to execute a search warrant on the premises.
Ostensibly searching for classified documents agents allegedly even made off with a safe of Trump’s.
Jimmy and his panel of The Dive’s Jackson Hinkle and America’s comedian Kurt Metzger discuss
whether the objective of this raid, along with the January 6 hearings, is not the pursuit of justice
but merely to prevent Trump from running for President again