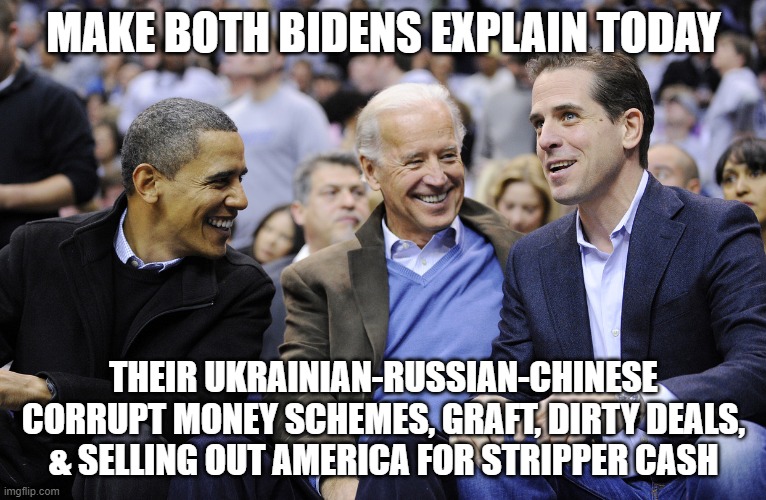 because they are scared of the truth

Go peacefully let them know in their comments
that WE THE PEOPLE know what we are going to find
hence their efforts to stop the efforts
How pathetic was that
they got overshadowed
by the voices of people calling their BS for what it is.


Putin has Biden by the neck


the reason is Hunter again
It has once again come to light that not only China
but the Biden family fears even Russia
courtesy of Hunter Biden’s involvement with a Russian woman.

Trump Is Coming Back With A Hammer

'We made a total mistake': Jack Dorsey questioned over Hunter Biden censorship

Twitter CEO Jack Dorsey has admitted blocking a story about the president’s son Hunter Biden in the lead-up to last year’s US election was a “total mistake”.

Mr Dorsey made the remarks during a House Energy and Commerce Committee hearing, which also included the CEOs of Facebook and Alphabet.

MSM also covered up the Hunter Biden obtaining a gun illegally & then having it discarded by his lover in a dumpster because she was afraid of him.

He lied on the form to obtain a gun.

Hunter had written a family friend and shared the story where Hallie Biden (Hunter’s dead brother’s wife, who Hunter dated) stole Hunter’s gun and threw it in the garbage. According to Hunter’s text, the FBI and Secret Service got involved:

: The Gun Incident Was Only One Small Piece of Corruption in the Biden Home – There Was Also the Criminal “Minor Incident”


At this point, what crimes haven't the Xiden Crime Family participated in.

Nothing to see here folks, move on.
B 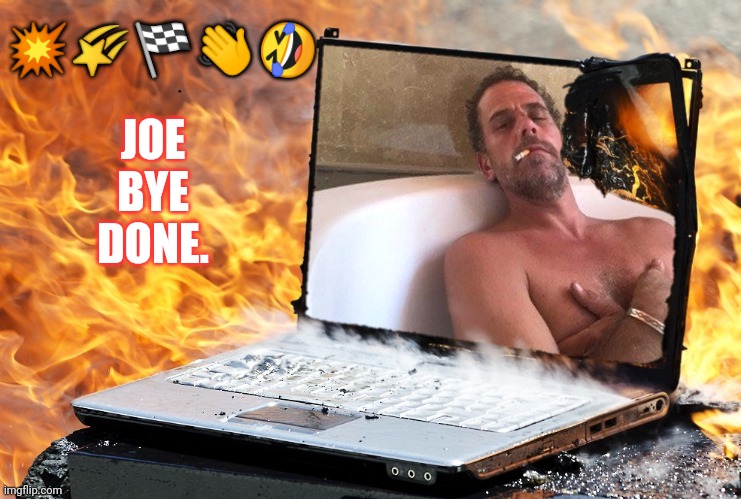 and Hunter Biden has almost accepted that the said laptop is his.

Watch the video for more

“....One night I’m sitting at home in this apartment in New York
that I live in and I get a text message
with some very curious photographs on it
– one of them being that famous photograph
I think a lot of people have seen
… of Hunter Biden asleep with a crackpipe in his mouth....”

“...That was the beginning.
They had this story six weeks before the presidential election
that was going to reflect incredibly badly on one Joe Biden
– because the laptop contains overwhelming evidence
of the influence-peddling scheme that the Biden family
was conducting for decades using Joe Biden's name.


“...This is so important now, not just in America
but in Australia as well
becuase evidence on the laptop gives us a strong indication
that China has something on Joe Biden
– that Joe Biden is compromised via his family with President Xi."


Hunter Biden States He Did Craq Every 15 Minutes
and Befriended Homeless Dealer in New Memoir
https://www.youtube.com/watch?v=1ke83sBD1iQ

The DOJ/FBI have been holding onto the laptop for over a year. They are totally corrupt.

But the good guys in the agencies are finally revealing the Truth...drip drip it's all coming out.

What's on it are proof of pedophia, him having sex with Chinese under-age girls.

Proof of illegal drug use...crack too.

Proof that he collected millions in extortion bribes from Ukraine/China while JO'Bama was V.P.

Proof that Traitor Joe knew all about the bribery, extortion, corruption as he collected a 10% fee and met with Hunter's business partners in the WH.

Proof that Hunter begged his father to run for POTUS in order to 'buy and hide' the crimes he's committed.

Previously unseen e-mails on Hunter Biden’s “Hard Drive from Hell” point to never-before-seen evidence of involvement by Joe Biden in his son’s lucrative business dealings in Ukraine with natural gas conglomerate Burisma Holdings, The National Pulse can exclusively reveal.
In a previously unreported email Rosemont Seneca Partners employee Joan K. Peugh advises Hunter Biden – who is addressed by his given name, Robert – that he is scheduled for a White House meeting on April 16th, 2014.
Prior to today, it was known that Devon Archer had attended the meeting in the West Wing, and corporate media outlets excused the matter as an “art project” discussion. Today, that version of events ends.
Just days after this meeting, then Vice President Joe Biden visited Ukraine, and both Hunter and Archer would start receiving whopping checks from energy company Burisma, an industry in which they had zero experience.
Hunter Biden recently admitted the previously dismissed “hard drive from hell” actually “could” be his.


The line item of the e-mail, itself dated April 15th 2014, reads: “1115AM- Meet Devon and Luke @ Peet’s Coffee and head to WH (Jamie Lyons is ####### if anything comes up).”
Lyons, at the time, was an assistant to Joe Biden’s chief of staff Steve Richetti, which indicates attention by the Vice President himself into the visit of the two soon-to-be Burisma board members.
Significantly, this April 16th meeting occurred only five days before Joe Biden took his second vice presidential trip to Ukraine to deliver a substantial package of assistance to Ukraine, including energy security, some of which directly benefitted the company – Burisma – which would simultaneously start fattening his son’s wallet.


Obama White House Visitor Logs dated April 16th 2014 confirm Hunter Biden’s business partner Devon Archer and his son Luke Archer were, indeed, admitted to the West Wing at 1130AM to meet the Vice President.
This newly published email is the first traceable evidence that Hunter Biden was also present at his business partner’s West Wing meeting with his father, and it potentially refutes Joe Biden’s assertion that he knew nothing of Hunter’s business in Ukraine. If anything, this looks more like a planning meeting for the three.

Department of Treasury records indicate both Hunter Biden and Devon Archer started receiving wire transfer payments from Burisma starting just a few weeks later, in May 2014. These totaled over $4 million.

He's probably already been arrested, he made a plea deal while bac.

Who knows, maybe an actor is playing him too like James Woods is playing fake President Bidan.

Whether there are actors/body doubles playing both of them for the lying media,They are both a danger to the security of the U.S. & JO'Bama not allowed anywhere near the Pentagon & has no access to the nuclear codes.

Proof of the emails released by DOJ/FBI.

as Jimmy Kimmel Tries His Best to Hide Truth

The never-before-revealed meeting
is mentioned in a message of appreciation
that Vadym Pozharskyi, an adviser to the board of Burisma,
allegedly sent Hunter Biden on April 17, 2015,
about a year after Hunter joined the Burisma board
at a reported salary of up to $50,000 a month.

thank you for inviting me to DC

and giving an opportunity to meet your father

and spent [sic] some time together.
It’s realty [sic] an honor and pleasure....” the email reads.
An earlier email from May 2014 also shows Pozharskyi

reportedly Burisma’s No. 3 exec
asking Hunter for “....advice on how you could use your influence...”
on the company’s behalf.

for His Emails Showing the President Lied about Meetings