Hi! Any tips for this synastry? 🙈❤️

Hi! Any tips for this synastry? It's the first time I make a topic and I was doing a synastry between me and a friend. Would it be possible to have something loving? The way she looks at me and wants to delve deeper into my life is intense. Unfortunately, I don't have her birth time. I will post the graphic photo of our aspects. Just pointing out that her planets fall in my house:

Well, we have some intense "double whammy", as you can see on the map, however, what caught my attention was Saturn in the 8th house. Well, some say that Saturn restricts, but I don't think so, otherwise it wouldn't be a factor responsible for the relationships to last. I'm not saying I want a long-term relationship, but some say Saturn shows a lack of sexual attraction or compatibility. Others say that Saturn can be the teacher and teach the person of the house. Others say it can be something sexual that consumes all the energy and that the Saturn person sees the person of the house as prey.

Important notes: I've never dated anyone and she knows, meaning in this sexual case, maybe she would teach me something? Another important thing is that she is married, but she is totally open to same-sex relationship issues and has admitted to being attracted to women as well. 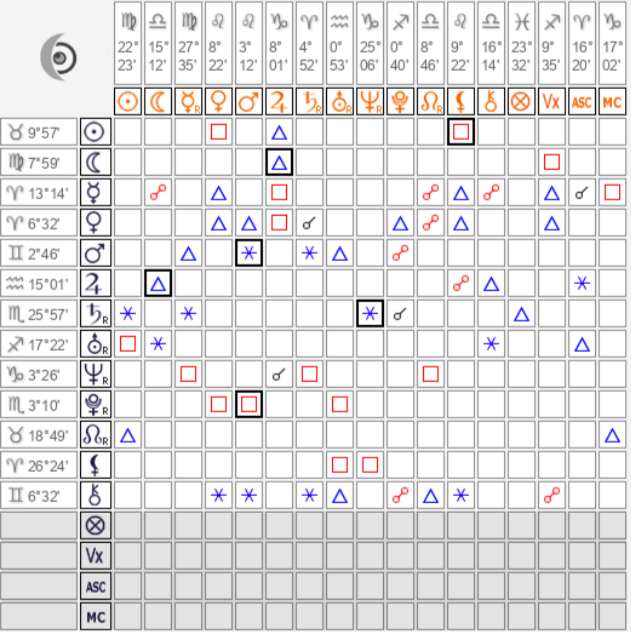