This is a 6-part blog series I began in March. The first post in its entirety is here with a link to the next part in the series at the bottom. 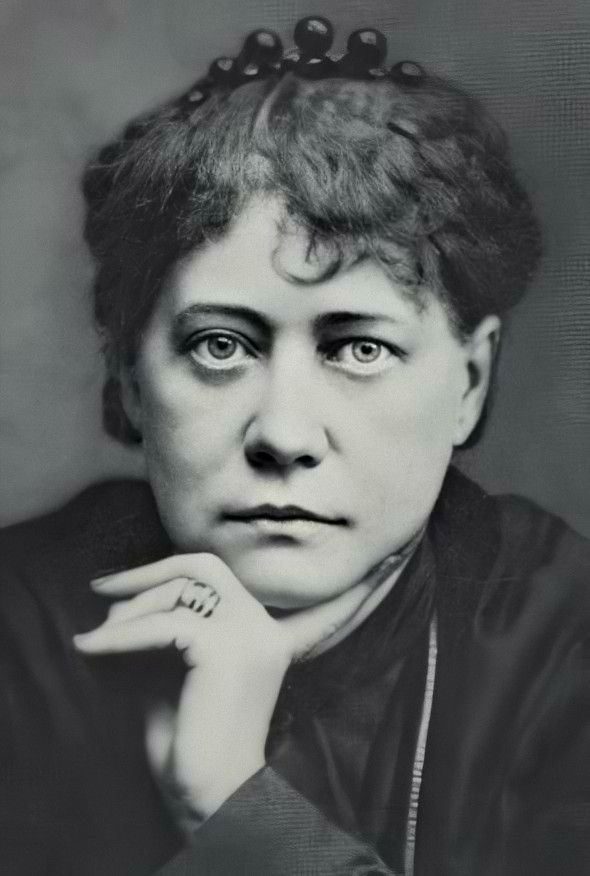 Here is the Wikipedia article on Blavatsky. She was a very prominent international figure in metaphysics due to her initiative in building cross-cultural spiritual exchange during the mid to late 1800s. She co-founded the Theosophical Society in 1875. She was a huge influence on the spiritualist and metaphysical communities in the west and the USA. A great number of the entries in The Arkana Dictionary of Astrology refer back to her or to theosophical concepts that were infused into astrological thinking during that era.

I’d made previous efforts to rectify this chart and struggled. I shouldn’t have. It’s a pretty clear-cut case. I got bogged down in the skepticism from wikipedia editors about her storied life in Europe and traveling abroad and the lack of dates or documentation for those events. Recently I tried again, starting all over and was satisfied in about an hour.

Here is the birth data entry at Astrodatabank:

The ADB Source Notes (bold emphasis is mine):


Source Notes
Wemyss FN No.018, “Sepharial says that HPB herself informed him that it was between midnight of July 31 OS and sunrise of the next day.” Same time in Sabian Symbols No.103.

Leo stated, “Madame B. gave her time of birth to an astrologer in New York on her last visit there. According to her own account, August 12, 40 minutes before sunrise.” (4:38 AM LMT)

Rudhyar preferred a time that gave her Sirius rising: “probably around 2 AM, bringing the 13th or 14th degree of Cancer and the great star Sirius to the

(LMR would give a time of shortly after midnight to put Gemini on the ASC (she talked incessantly) and the MC in Aquarius conjunct Jupiter, trine ASC.)

She was born in a town which was part of the Russian Empire, now, since the split up of the Soviet Union, part of Ukraine.

Starkman rectified to 2.34.56 LMT Asc 22Can59′​
Lois Rodden was at the bull’s eye. You can see here that Blavatsky did not know her exact hour of birth, so a lot of this information is from varying rectifications that were done, some on a rather simplistic, arbitrary basis tied to a singular factor or presumption. I don’t do that kind of rectification. If you read her more personal biographies you will see that Blavatsky was not a mother-nurturer or in any way tied to the personal or familial security of Cancer rising. Her voice was rough, she made ribald jokes without embarrassment, and displayed none of the personality qualities of Asc in Cancer opposite Neptune. So we can toss that figure out, along with Cancer rising generally.

No, Lois Rodden was right. She was a Gemini rising personality, restless and full of words, written or spoken. She was constantly writing and/or talking and authored at least 15 books in her relatively short life of 59 years. Her globe trotting way of life and her association with various peoples and groups from around the world fits an air sign mode of expression and fits Gemini really well. I can tell you the correct birth chart also generally confirms through transits and progressions the life story she gave about her travels before arriving in the USA.

So, starting with Lois Rodden’s notion of her chart, the first ten minutes or so after midnight means 19-22° Gemini on the Ascendant. So let’s start with a chart set for 0:05. This chart puts Jupiter up near the Midheaven and trine the Asc, and the South Lunar Node near the MC as well.

I also like the placement of Neptune in the 8th house for her since a great deal of what she did could be called spiritualism and involved attempting to channel information from rather occult, disembodied entities. Neptune also presents the possibility of an internal chart rectifying metric since at 22°56′ and moving retrograde it could be progressing back into exact aspect with the correct Asc.

Looking down low here the Sun falls right on the IC/4th house cusp. So it presents the question of whether it should be centered in the 3rd house of communication or the 4th house of private life/family.

An important aside: I always look to the nirayana loka planets for some help in finding potentially valid birth charts. Using the Hindu/Lahiri ayanamsa and topocentric measurement hers are:
Solar — Sun at 26°54′ nirayana (sidereal) Cancer = decan 3 which is Pisces=Jupiter/Neptune.
Lunar — Moon at 16°42′ nirayana Virgo = decan 2, Capricorn=Saturn. (Even if a time of 4:30 AM were used Moon was still in the 2nd decan.)
Click here for nirayana/sidereal chart image open in new tab. So Jupiter or Neptune and Saturn are planets we should look to have prominent positions or pivotal aspects in the correct birth chart. As you can see Jupiter is conjunct the MC of this chart and trine the Asc; Neptune possibly quincunx the correct Asc degree; Saturn angular down in the 4th house.

So in part 2 I will address the following questions:
– Can the accuracy of this natal (topocentric) Moon position be confirmed or adjusted by the progressed aspects to it for life events involving lunar themes?
– Was her Sun in the 3rd or 4th house? (or hovering over the IC)
– Did Neptune progress into culminated quincunx with the natal Asc and do any of her life events match that?