my mars opposes most of the people my age up to 7 years older... I intuitively sense it very strongly when I meet people and get scared to get involved. now I wonder if I just test the relationship maybe it would not be dangerous.

The classic markers for DV in synastry IMO are Pluto square/opp Mars and sometimes P conj Mars. Uranus square Mars can wind-up the Mars person and Saturn conj Mars can frustrate the Mars individual. The worst effects can be felt when the planets are in Fixed signs. A dreamy Mars in Pisces, for example is very unlikely to resort to fisticuffs, even under provocation.

However, as others have said it also depends upon other aspects in the synastry chart, the natal charts and the emotional maturity of the individuals concerned.
C

Veronica said:
A abuser will never change unless he acknowledges his abusive pathological behavior, but if the abused keeps forgiving he might never acknowledge that. It takes someone with a lot of self evolvement to accept their behavior and try to change it.
Click to expand...

I have my composite here - it won't let me include the image - only the link (the long one below). Can anyone see anything related to domestic abuse, violence, and indicators we should NOT be together? 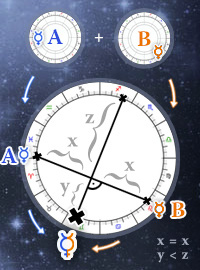 www.Astro-Seek.com - Seek and meet people born on the same date as you

Sorry somehow my reply was to the wrong comment!

Hi Clair, I think it's a bit presumptuous for anyone to tell anyone else that they shouldn't be together astrologically speaking !