The House Oversight Committee will get answers.” 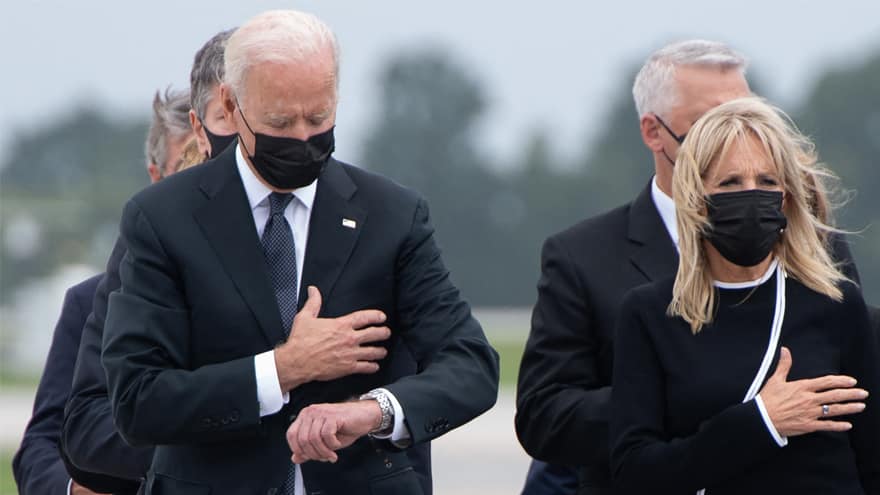 According to an Axios report, House Republicans are officially launching an investigation into Joe Biden's botched Afghanistan withdrawal that left 13 Americans and roughly 200 Afghans dead. 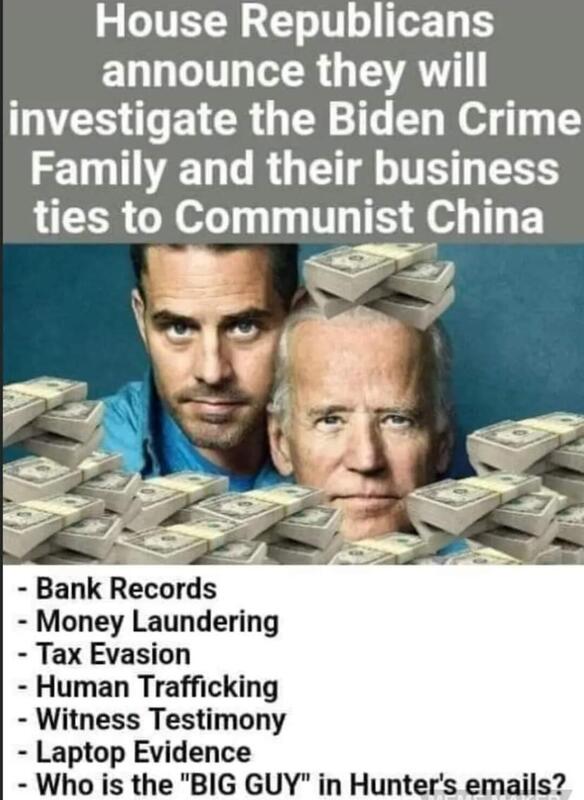 Gosh! The Biden presidency has been "collapsing quickly" since June, 2022!

I can't wait for Rep. Jim Jordan's House committee hearings. They'll go on for months with a circus atmosphere, probably well into 2024. A committee that found illegal wrong-doing would then have to make a criminal referral to the DOJ; and with a Democratic-controlled Senate, there's no hope of Congress voting Biden off the island.

Today only 4 in 10 Republicans say they would support Trump for president in 2024. And this with only 1/3 of American voters calling themselves Republicans, according to Gallup polls. 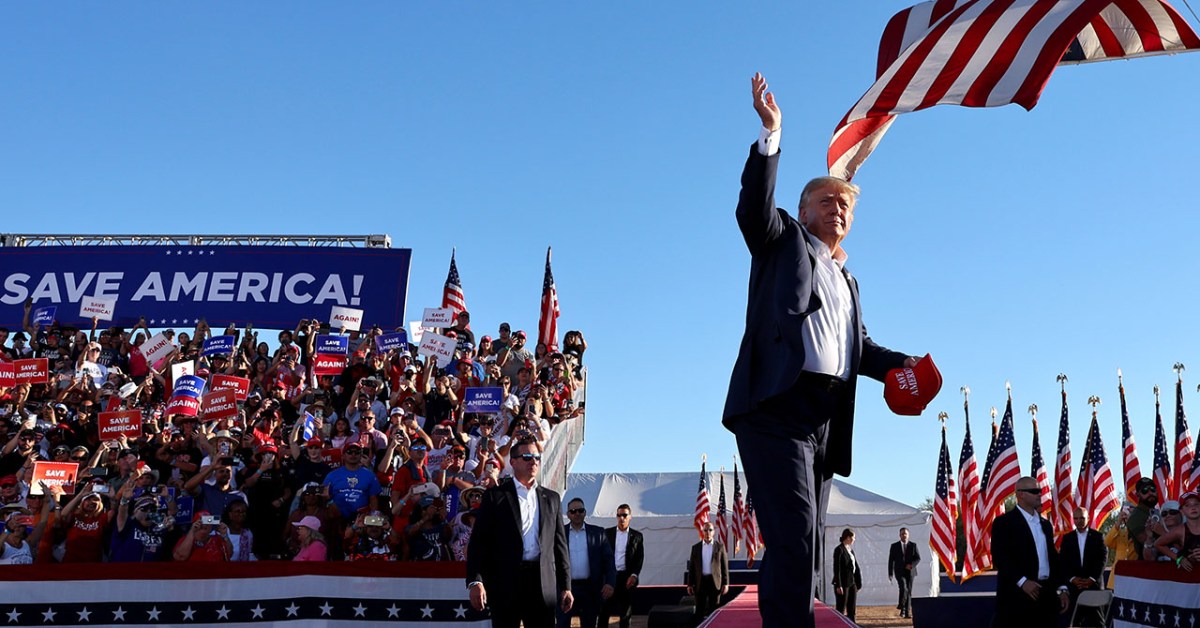 Before midterms, Trump’s image among Republicans had become less positive

Six-in-ten Republicans say they feel warmly toward Donald Trump, an October survey found. This is down modestly since last summer (67%). The O'Biden regime has been collapsing since he stole the election & immed signed Executive Orders
no more oil & China Joe running around like a loser to Saudi Arabia & other
countries to BEG for oil.
He depleted all the oil reserves DJT put in place & now buying oil from Venezuela!

Gas is 4x the price it was before he entered the WH; inflation so out of control that people can't even
afford to buy food & rent.

The O'Biden regime deliberately destroying the country from within; he takes his orders from China
who want a weak country/military.
That's why the Dems mandated the vaxx; to weaken the population & the military.
That's why the Dems have an open border with at least 5 M illegals flooding the country.
The Dems are running the largest drug/child sex trafficking operation right on the southern border.
Over 1 M dead from fentanyl from China since biden stole the election.....
the drug cartels bring across the border.

Wait until the full story emerges about FTX & the Demonrat money-laundering Ukraine grift comes out.

We ain't seen nuthing yet but even mod Dems are disgusted with the corruption, depravity & anti-America
policies coming from the Xiden WH.


Biden is Confronted on His Refusal to Visit the Southern Border —

His Response is Simply Astounding

“Why go to a border state and not visit the border?” Doocy asked.

“Because there are more important things going on,” Biden replied. “They’re going to invest billions of dollars in a new enterprise.”

President Joe Biden was confronted on Tuesday about his unwillingness to go to the border to witness the illegal immigration crisis firsthand. Watch: “Why go to a border state and not visit the border?” Doocy asked. “Because there are more important things going on,” Biden replied. “They’re... But Blackbery, Biden is still president, more than 5 months after your OP. Obviously Biden's presidency did not collapse quickly.

If the Democrats are as shockingly immoral as you say, why didn't they lose all their congressional seats in the last midterm election? Or are you saying that a massive percentage of your fellow American citizens are demonic, as well, to support them-- as well as moderate Republicans?

BTW, the voters of Alaska just rewarded Republican ("RINO" to you) Lisa Murkowski with her 4th term in the Senate; her voting in 2021 to convict Donald Trump notwithstanding. She and Biden are both moderates, although members of different political parties. It appears that moderates have political traction these days, despite the hard right's efforts to demonize them with vicious, sick attacks.
B

The TRUTH is all coming out now that Elon has taken over the biggest propaganda tool
the Dems had to spread their lies & suppress the TRUTH.

It hasn't even been 2 years & O'Biden fascist regime have brought the country to the point of almost
total destruction.
Almost but not quite....because Patriots are fighting back against their medical tyranny, corruption, depravity &
TREASON.

O'Biden has lost nearly every lawsuit filed against his dictatorship. 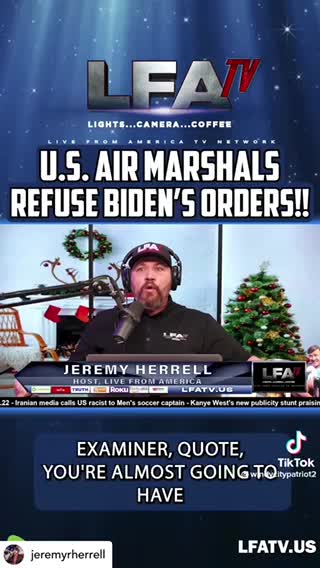 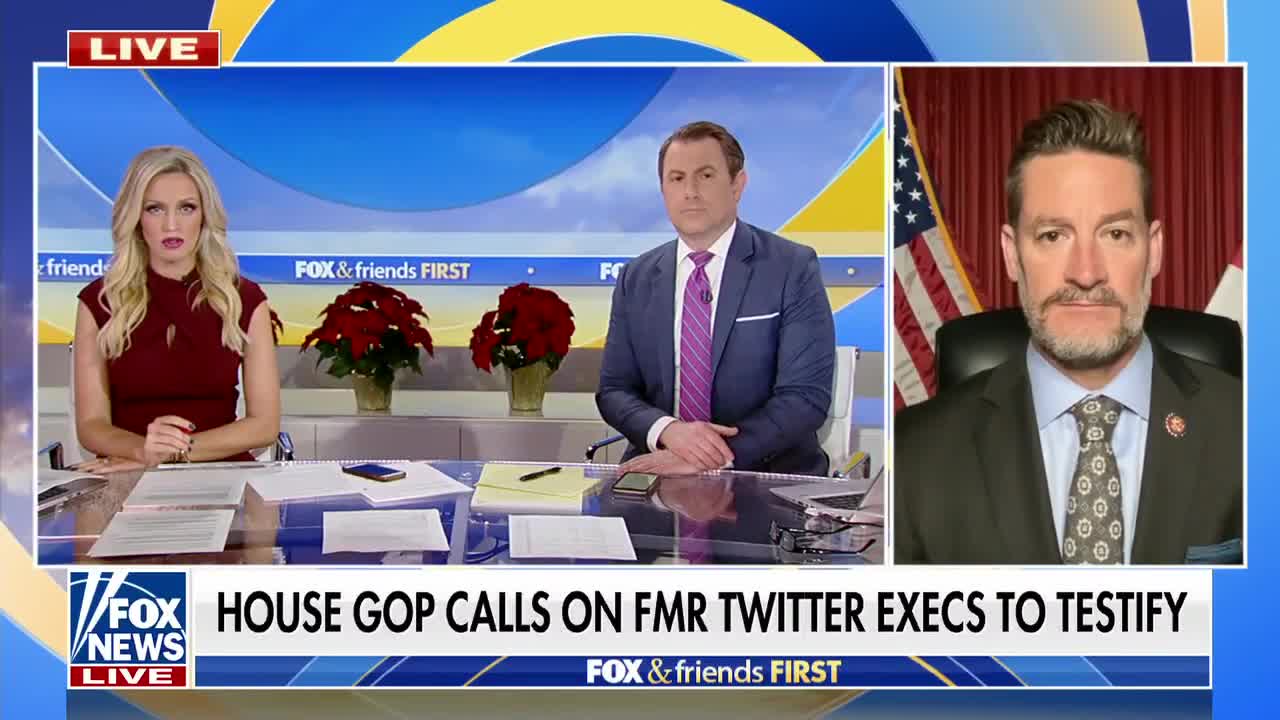 on Hunter Biden laptop, says he will file suit against against Schiff, Politico, CNN,​

They made his life HELL & tried to destroy him.

Now, he's returning their karma back to them 10 fold! 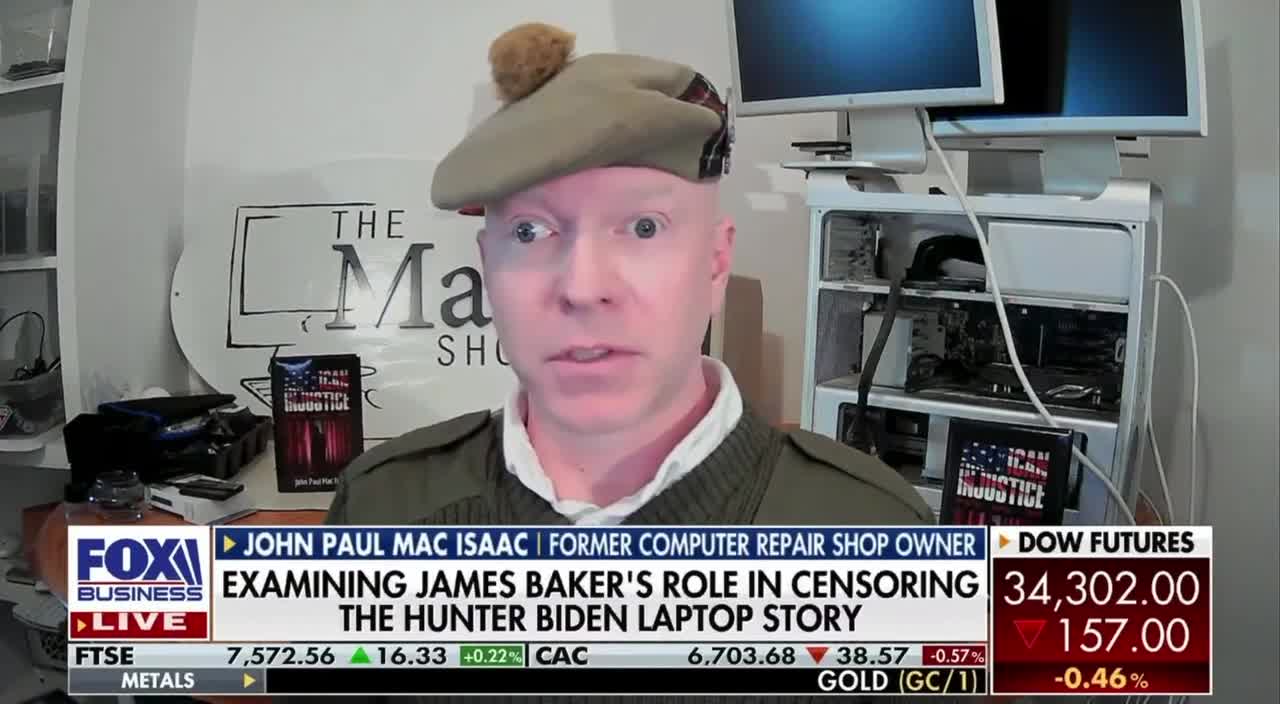 Whatever. But you still haven't answered my question.

I wouldn't call 5+ months "quickly" for a presidential administration to "collapse."
B

What a joke.
Except it's not funny.

We used to be a country where 'no soldier was left behind'.

Leaves the Marine to rot in a Russian jail while allowing a the monster Bout to be released.

In exchange 4 Brittney Griner who refuses to sing the National Anthem & burns the American Flag.

Bout will carry on supplying arms & weapons to terrorists, even those that will kill innocent americans. 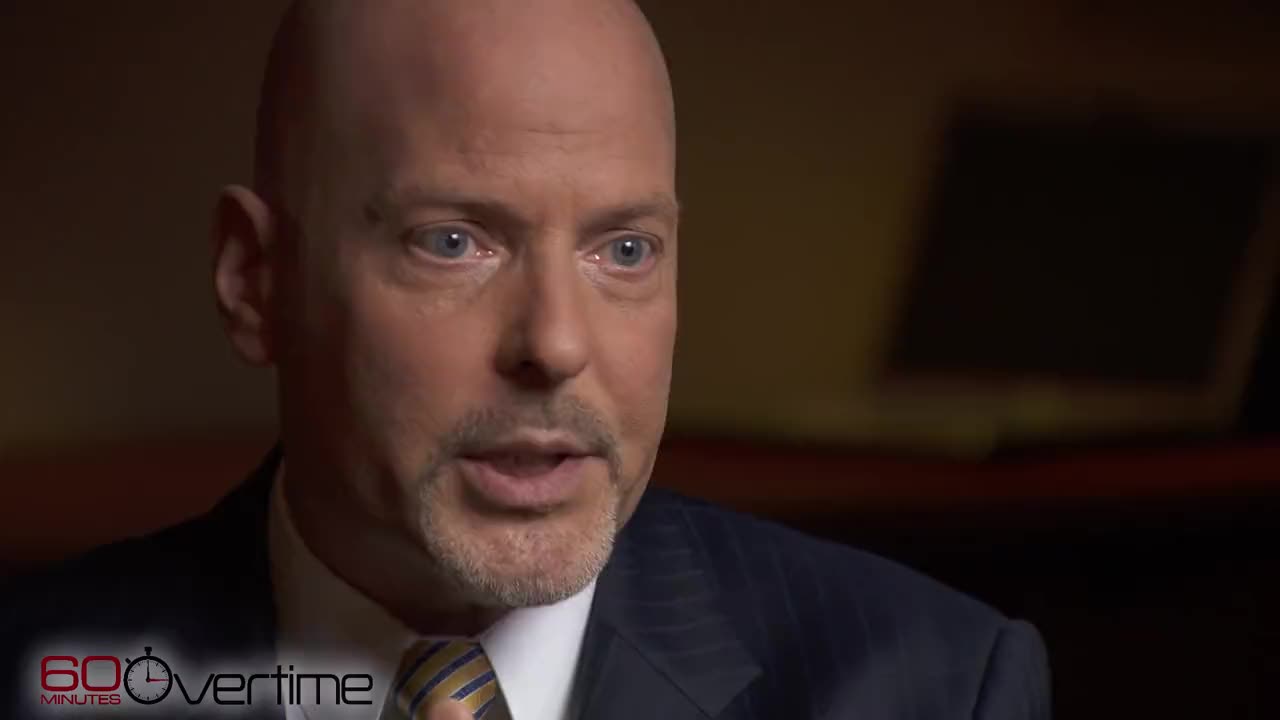 In 2010, 60 Minutes released this report on Viktor Bout, the "Merchant of Death" that Biden just traded in a prison swap for WNBA player Brittney Griner 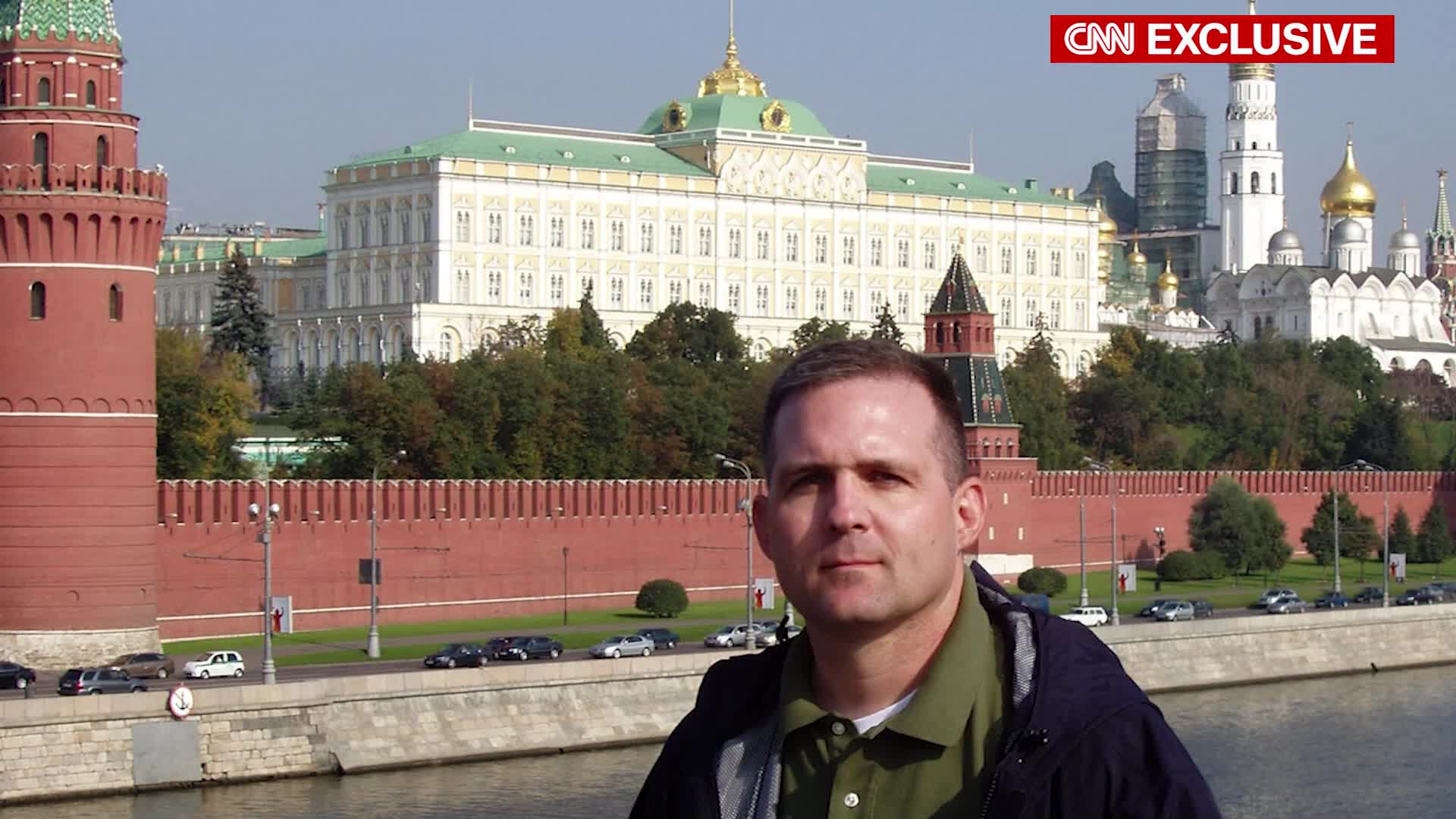 Paul Whelan: "I have to say I'm greatly disappointed that more has not been done to secure my release, especially as the four year anniversary of my arrest is coming up. I was arrested for a crime tha

Trending now on Twitter (now that we have free speech on the platform).

You don't leave a former Marine behind. 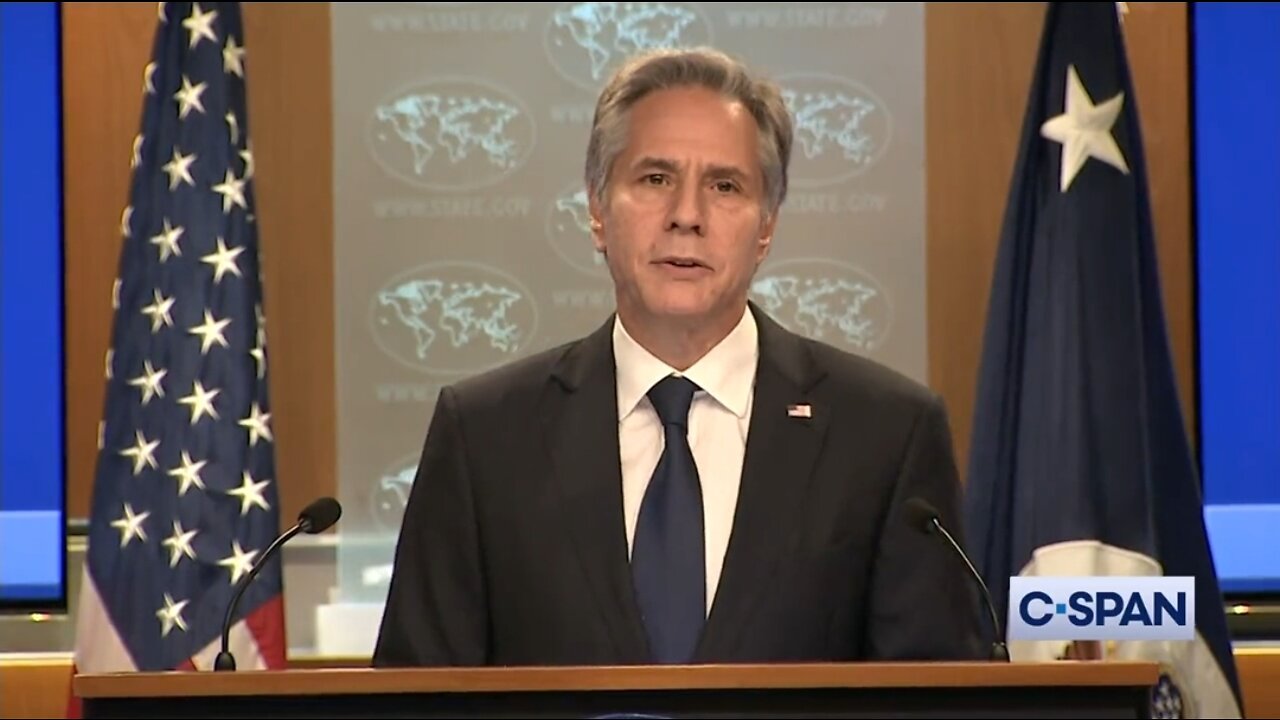 Antony Blinken: "In the coming days I expect to speak with Russian Foreign Minister Lavrov for the first time since the war began. I plan to raise an issue that's a top priority for us; the release of

DemocratCuellar of Texas tore into the Biden admin during a Wed News appearance, saying that the WH is “tying”
up the Dept of HS and is listening to “immigration activists” over law enforcement.

“This is not only about politics, it’s also about doing the right thing,” Cuellar told Fox News host Neil Cavuto. “
And that is providing the right policies so communities, for example, in Mission, Texas, where that agent got killed …
are protected.”

A Border Patrol agent was killed in an all-terrain vehicle accident early Wed morning while tracking a group of illegal
immigrants.
At least 11 Border Patrol agents have committed suicide in 2022, according to the Washington Examiner. Democratic Rep. Henry Cuellar of Texas tore into the Biden administration during a Wednesday Fox News appearance, saying that the White House is “tying” up the Department […]

Sinema's bombshell came as the future of Democratic President Joe Biden's agenda in the second half of his four-year term was already clouded by Republicans who are set to take majority control of the House of Representatives on Jan. 3 as a result of the Nov. 8 midterm elections.

With its strong conservative bent, House Republicans already have put Biden on notice that they will seek deep domestic spending cuts and more robust border security steps. It will be up to Senate Democrats to defend Biden and act as a guardrail against Republican initiatives.

BREAKING. Senator Kyrsten Sinema quits the Democrats.
This is a game-changer…

Sinema is declaring herself as an Independent, similar to senators Bernie Sanders and Angus King, who caucus with the Democrats. It doesn't change the majority/minority status of the Senate.

I get that you hate President Biden, but that doesn't mean that his presidency is "collapsing quickly." Unless "quickly" to you means taking months to change anything.

Meanwhile, I can't wait for Jim Jordan's 3-ring circus in the House of Representative. I just sure hope the Republicans know how to pass a budget, as well.
B

Poll: 70 percent of voters don’t want Biden to run for a second term​

Great discussion on the #bidencrimefamily tonight on Twitter.
The amount of corruption, depravity, criminality & treason is much wider & deeper than people know about.
Twitter is releasing it. 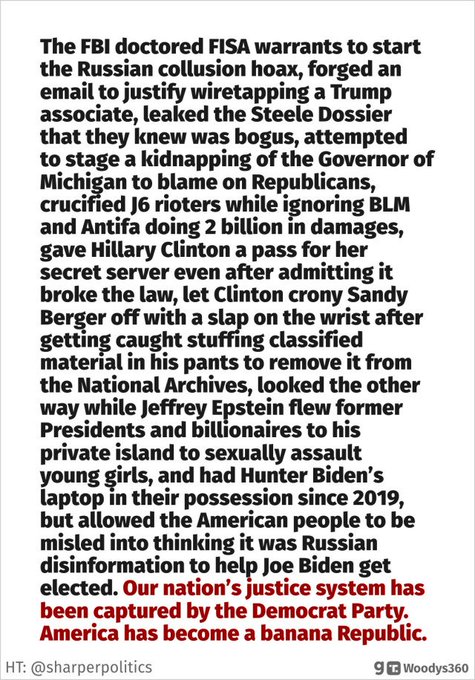