Astrology of a cold blooded killer

Mj66 said:
Please see below, the chart of a 17 year old boy who came to our town and killed 2 people in a planned out assassination. I just had to look up his birth details-what drives a person to do these things? I found a very scary chart. Lots of Capricorn and Scorpio. Wondered what other's thoughts were. I don't know his time of birth.
His DOB is: 1/3/2003 in Kenosha,WI
**The chart is linked below in PDF form.**
Click to expand...

Interesting....I got Scorpio in my chart...attracted to killers most of my life, but I don't think I could ever be a killer though it's not in me. I am not a sociopath so I don't think I could actually ever do any serious harm to anyone. I certainly have been very attracted to killers most of my life and the darker side of life. Always loved reading about all the serial killers ever since I was a very little boy as early as oh say age 10. In my 40's now and still completely clean criminal record. Although had an obsession with killers as a kid, joining occult clubs .... at one time of my life at the age of 18 I even was a member of the Church of Satan (Christian these days).
B

katydid said:
Re: Atrology of a cold blooded killer

I don't see anyone scary.

I see someone who takes his civic responsibilities and moral obligations quite seriously.
[sun/moon/merc/Chiron in Cap, Venus/Mars in Scorpio. ]

His Venus/Mars is the midpoint of a Jupiter/Uranus opposition. He got caught up in a sudden social event that was bigger than he could handle.

His Jupiter is in a close trine with Pluto. I think the authorities will see the truth of what happened to him. And will likely understand the self defense aspect. [Saturn trines the T-square that got him into this mess]

That Jupiter in Leo is opposed the midpoint of Uranus/Neptune.

I think that^^^ describes this teen's situation. Some see him as a killer, others see him as a Hero. The court system will have to decide. Luckily there are plenty of live-streamed videos that show the people that tried to kill him, before he shot in self defense.
Click to expand...

Well, I guess he could be scary to criminals & thugs who try to murder him & then when he defends himself, they call him a killer!
I haven't read the entire thread but did anyone mention that he shares the EXACT same chart as Greta Thunberg. Is she a cold-blooded killer too since they are astro-twins!


The full acquittal of Kyle Rittenhouse is now in. The result was hardly a surprise to many of us who watched the trial rather than the media coverage.
The jury spent days carefully considering the evidence and could not find a single count that was supported beyond a reasonable doubt.

In our age of rage, Rittenhouse had to be convicted to fulfill the narrative.​

Acquittal has to be evidence of a racist justice system.​

H3 in Sibley chart (communications, news,) has been dishonest during the entire time of this transit in the US chart.
The public doesn't trust the Fake News, Big Tech & they are all being exposed as the propaganda machines they are.
They tried to destroy Kyle who is not racist, never hurt a black person in his life & defended himself against violent Antifa
thugs who tried to kill him. One was a convicted pedophile out on bail. The other two were criminals too.
Kyle was the victim yet the corrupt media turned

upside down to make the thugs/pedo the victims.
THANK GOD the Jury was unbiased & rendered the right decision; he was facing life with no possibility of parole & he was
only 17 at the time.

Judging from the coverage, one could have easily concluded a conviction was inescapable. Fortunately, the jurors watched the trial instead.
www.usatoday.com

played a big role in his illegal arrest & charge but he emerged victorious when the jury saw the evidence & acquitted him
of all charges. But it changed him. Pluto will do that. It can destroy you. Last I heard, he was suing the cable networks &
big tech for defamation. Hope he wins big from these demonic entities that tried to kill him.
B

I found the video. With transiting Pluto conjunct natal Mercury Trine Venus, I think he will win big against the liars who
defamed him. 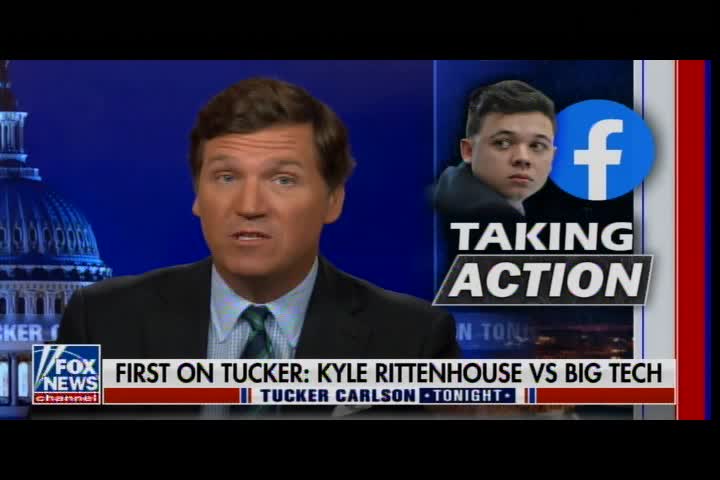 To me, Pluto + SN in 12th ws house might be somewhat a pointer to possible serious problems. Mars conjunct Venus under the Scorpion might show confusion with love/hate/sex/violence issues. As always, declinations could enlighten us. Mars conjunct Unukahlhai can be a very violent influence.
Last edited: Jun 25, 2022
B

dr. farr said:
To me, Pluto + SN in 12th ws house might be somewhat a pointer to possible serious problems. Mars conjunct Venus under the Scorpion might show confusion with love/hate/sex/violence issues. As always, declinations could enlighten us. Mars conjunct Unukahlhai can be a very violent influence.
Click to expand...

BIRTH TIME UNKNOWN so CANNOT USE HOUSES.
Greta & Kyle share the exact same chart but with NO time of birth.
You have to use a NOON chart for both, you cannot know what planets are in their houses until you have a VERIFIED birth time.
B

Jyotisa North India said:
Excellent work as an astrologer to predict that truth will be known at a later time. I recommend people to remain neutral when evaluating a chart.As you can see, your lack of personal bias in a reading led to the ability to predict with more accuracy. Those who judge are blinded and the chart is interpreted with too much sway, ultimately disregarding and disrespecting the truth of a soul's journey. You nailed it!
Click to expand...

Thank you for this comment & you are absolutely correct. Katydid made the RIGHT assessment of Kyle's chart because was not
biased. This is why astrology is considered a complete joke in the world. So-called astrologers use a chart of a person
that they don't like (either personally, politically, revenge, etc) & then make up stuff to suit their bias.
Like you point out, a person should remain neutral when analyzing a chart, or if they can't do that, at least be honest & not
just twist the planets, aspects to suit their own fantasy about the person. In the end, the truth is revealed like what happened
with Kyle who the media defamed & astrologers joined in the hate. He was acquitted & revealed to be a very humble, caring
young man with strong civic sense of responsibilty exactly as Katydid pointed out. Saturn often works out like that
with a sense of duty.
D

True about birth time/houses; but often planet placements & star connections can help delineation even without houses; that mars/ununkalhai connection is very ominous, at least to my understanding; also mars/venus under the scorpion is troublesome.
M

Mj66 said:
Re: Atrology of a cold blooded killer

My first impression of his sun and moon being in Capricorn is that of a certain coldness to his personality. Mars and Venus are both in Scoprio which would impress me as a ruthless personality.
Without his time of birth, I guess this is just a rough sketch..those are my thoughts. Thanks for replying!
Maria
Click to expand...

I'm Sun in Capricorn as well as Mercury and Mars and am the opposite of a killer being Anti-violence and war person. Perhaps in a prior life, I was involved in too many wars and decided in this one early on to argue against them at every opportunity unless they were justified (i.e. enemies on our shores at the back door trying to overtake this country) .....
The only War I've seen or heard of in my lifetime that was justified would have been WW2.


Meanwhile, here are some statistics I saved from 2003 studies on killers:
(at that time, quite a few years ago now, Gemini, Sagittarius & Capricorn Sun signs were at the top of the list)
http://www.astrologyresearchjournal.org/article110603/article110603/index.htm

I have been close to 2 Cap Moons and neither were cold. -Cancer Sun me.

blackbery said:
BIRTH TIME UNKNOWN so CANNOT USE HOUSES.
Greta & Kyle share the exact same chart but with NO time of birth.
You have to use a NOON chart for both, you cannot know what planets are in their houses until you have a VERIFIED birth time.
Click to expand...

Well Greta comes across as autistic and played and used by people in power, without guidance anyone with such a personality could do such a thing.

Greta has a fixed direction so her mental ways serve a purpose whether true or not, right or wrong.

You can see now how that would transfer to the same or similar personality with no guidance or path to go down.