2 stellium in my natal chart?

Hello! I'm semi-new to astrology and trying to understand stelliums? I noticed that I have 4 planets in the 11th house and that I have 3 planets in Virgo. What would this mean in the context of my chart? Or any insight on my chart in general that you notice? Any help would be appreciated 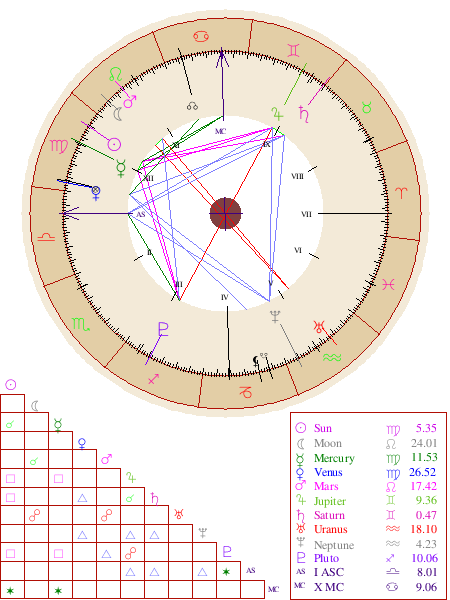 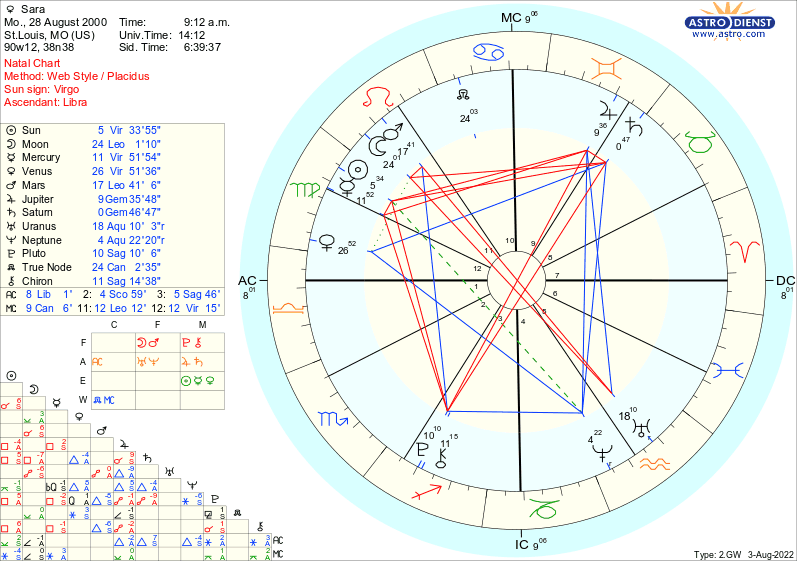 Here's a better chart if that one is illegible
F

Hi,
'Officially', you do not have a 4 planet stellium as the orbs between planets do not form conjunctions.
What you do have is 2 separate conjunctions in their individual signs.
Moon-Mars in Leo opposes natal Uranus that could be suggestive of a FIXED sign immediate 'my way' (Leo-Aquarius) flare up (Mars) behaviour (Moon) pattern difficult to budge, that could be termed 'irrationally weird' by some and 'genial' by others.
Sun-Mercury in Virgo is entirely difficult. As a sign preferring physical exactitude (Sun in Virgo), its ability to think rationally (Mercury) can get waylaid by ' visually unreal' Neptune, also in Aquarius ... a sign strongly associated with the mentality of mind in re;lating with others.
Leo is extrovert; Virgo is introvert. Moon-Mars is bombastically outgoing in its need for personal attention, whilst a Neptune (retrograde) influence to Virgo could suggest a sensitivity towards a calming down shyness..
Sun-Mercury is also in a harsh aspect to natal Pluto. Would you say there is an compulsive-obsessional side to your nature that can incline to get the better of you.
Are there health issues (Jupiter influence) with which you contend, or simply a 'difference' to others in your nature?

As the two conjunctions make harsh aspects within the 11th house, the considered 'normal' platonic friendly relationships may not come easily, yet those associations with 'groups of like mind', from e.g. the sports club to drama group to debating society etc., could well benefit from them. It would strongly depend upon whether mental anxiety difficulties (Saturn in Gemini) figure in one's nature that prevent it happening.

Sun and Moon, representing biological parents, are both harshly aspected. The 11th house can have associations with upbringing outside the parental environment.

Venus in Virgo seeks 'proof' through evidence shown. In the 12th house and aspected to both Saturn and Neptune, it could come through rituals or dogma belief patterns that incline to put 'the fear of God' into one, UNLESS one lives by and through one's own rules.
'True love' may never exist for it because it sees too many flaws in the one that Nep[tune would otherwise place on an adoration pedastal.

With transiting Mars, Saturn and Uranus each working their way through the house realms associated with love and intimate relationships, you could well be wondering WHAT is it about you that causes Mars arguments or inactivity, Saturn stagnation or endings, and Uranus breakups or change in your outlook on life.

In advanced astrology, the Sun has progressed approx. 22 years ( as per age) and is in orb of conjunction with natal Venus.
Possibly, all is not lost because the best is yet to come.

Thank you so much for the reply! It makes more sense to me now (again im new here lol). To elaborate, yes I do feel like the moon-mars in Leo definitely gets the best of me sometimes and its a constant battle with all of the virgo in my chart. Its interesting you note trouble with platonic friendships because I definitely feel that way. It feels to me like most people have a lot easier time gaining and maintaining friendships. Also its funny what you said about the true love thing as I am very critical about my partner but I say its just because I want to help. Should I mention he’s an Aries sun, aquarius moon, gemini rising
Share:
Facebook Twitter Reddit Pinterest Tumblr WhatsApp Email Share Link
Top