12th House stellium and aspects to the 12th house 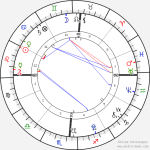 I have a 12th house stellium in Leo (Leo sun, Leo mercury, and Leo jupiter), everything I have read has been super accurate. I was wondering if any of the aspects I have between my 12th house planets symbolize anything of importance because I have had trouble identifying them. For example my 12th house mercury is in a tight (2.3) conjunction with my 12th house Jupiter (guardian Angel placement) My mercury and Jupiter are also conjunct my Leo ascendant (making my 12th house sun chart ruler) While I have tried to find interpretations for them there is little universally understood about the 12th house so naturally its hard for me to find the meaning of these aspects.

Here are some more aspects to my 12th: