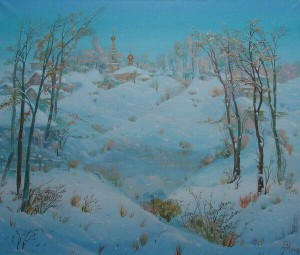 When you want to focus on what your potential in life is, there are a few areas in your chart you can look at, but the most important is your North Node. The North Node is a part of the Lunar nodes, which are the points in the Moon’s orbit where the Moon crosses the ecliptic. There are two Lunar Nodes, a North Node and a South Node, and they exactly oppose one another. The South Node is the past, it’s what you already know, it’s familiar. Because of this, it can also be used as a crutch, what you fall back on in times of stress and emotional upset, but ultimately, you need to move more toward your North Node. Your North Node is your potential in this life, who and what you’re capable of being and doing, and where you ultimate happiness can be found. The more you work on embracing your North Node, the happier you can be, the more you can realize your potential, and the easier life can get. But the North Node energy is unfamiliar and uncomfortable because we have yet to learn it, so we can often avoid it for a while.

Avoiding your North Node doesn’t do you any favors though. While your South Node isn’t necessarily “bad”, it’s also not what you need to learn – you already know it. The North Node is what you’re meant to learn. It can be a difficult thing at first, but you don’t need to jump head-first into your North Node. Tip your toes in to get started.

Focus on what the sign and house location of your North Node rule, personality-wise and life-wise, and work on a plan to start integrating this energy into your life. You can start with just one small step at a time. No matter how small it may be, you might be surprised to see what a difference it can make. As you start seeing this, it can give you more confidence to keep going, taking more small steps, and then bigger steps. And then eventually, you’ve got your North Node down pat!

Planets on your North Node can also represent energy that can play into your potential, and you can also take a look at what that planet rules and make an effort to integrate that energy into your life along with the sign and house location of your North Node. Merging the sign, house, and planets can be a challenge, but one with lots of rewards.

One Response to “Astrology of Potential”